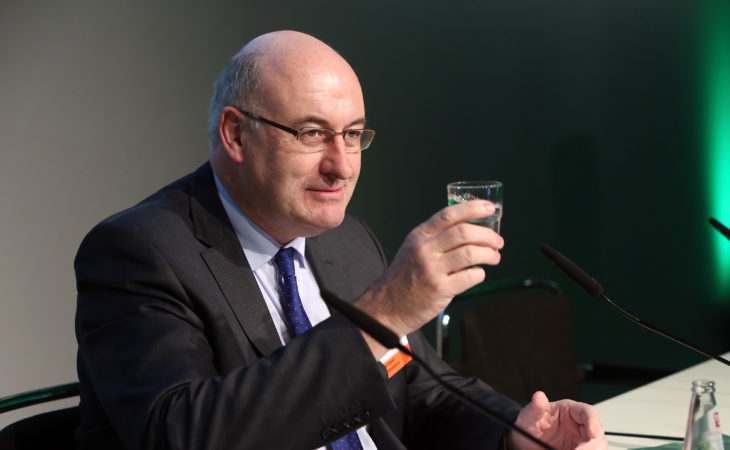 Phil Hogan has won praise from some quarters for his efforts to convince UK voters to remain in the EU with the Daily Express labeling him as ‘EU’s secret Brexit weapon.’

Hogan has been dispatched by the European Commission to convince UK farmers, in particular, to stay in the EU.

The European Agriculture Commissioner has been an outspoken defender of the EU and has said that it’s his ‘sincere wish’ that the UK remains in the EU.

He has said that his trips to the UK are to set out the facts regarding the EU’s relationship with the UK, particularly within his own portfolio of agriculture and rural development.

According to Hogan from the Commission’s point of view, UK farmers are better off within the CAP, and that being a member of the EU strengthens UK agri-trade and food security.

“When it comes to farmers’ incomes, the CAP provides a vital stability and certainty, allowing farmers and agri-food operators to plan for the future with greater confidence. Would a UK-only agricultural policy be able to match this stability for as long a budget period?

“Some published plans describe a post-Brexit British Agricultural Policy of £2 Bn per year – this would be a third less than the £3bn received from the CAP this year, and indeed every year up to 2020,” he said.

Hogan also told farmers that he is working hard to make the CAP simpler and more dynamic. I made a strong case to the ambitious British farmers I met that the policy is changing for the better, with less bureaucracy and more opportunities for trade.

“I made a strong case to the ambitious British farmers I met that the policy is changing for the better, with less bureaucracy and more opportunities for trade,” he said.