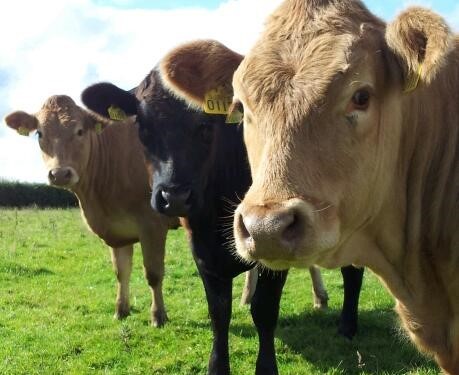 The mystery of how British prime cattle prices rose by 4p-5p last week (w/e September 6) despite a 12% increase in slaughterings, as thousands more cattle came forward in the Republic of Ireland (ROI) at the same time, and were purchased for around 60p less, may have been solved.

It is all down to specification. As reported in last week’s Beef Industry Newsletter just 35.81% of breed bred steers offered in the Republic of Ireland have qualified for the 10p in-specification bonus offered by processors since it was launched in 2013 – which means that 61.49% of those brought forward failed.

The figure for heifers is better with 62.25% of heifers hitting spec. This is thought to reflect their capacity to finish earlier at lighter weights – which means fewer stray over 30 months or are sold above maximum carcass weight.

Feeders in the ROI were insisting that they should be able to bring forward over-thirty month stock, cattle with heavy carcass’, and bulls aged more than 16 months – without being hit by out of specification penalties.

This points to processors in the ROI who supply British supermarkets finding it difficult to assemble deliveries which exclusively contain in-specification beef – and British and Northern Ireland finishers, who work closely to specification requirements, being able to profit by taking up the slack.

In a recent report covering recent trading (w/e September 6) EBLEX points out that even though there was a 12% (3,400 head) lift in British prime cattle slaughterings compared with the week before average steer prices still rose by 5p with heifers dearer by 4p.

It also underlined that retail demand was robust, especially for cattle hitting supermarket specification, as well as emphasising that there was no give whatsoever in processor determination to turn their noses up at bulls aged 16 months or over.

So, even though the Republic of Ireland exports more beef to Britain than any other country, and its commercial cattle are (say) 60p cheaper, it is unable, despite heavy slaughterings to meet its full delivery potential because its finishers insist on supplying the wrong type of stock.

A month ago, Beef Industry Newsletter reported that when processors warned Irish feeders that British retailers were hoping to buy more beef from steers and heifers that were younger than 30 months, and bull aged no more than 14 months the reaction was hostile and angry.

They (the farmers) were immediately told that if they could not provide the type of cattle the market wanted then the processing companies supplying British retailers would have to buy it elsewhere.

It has also been noted, to the surprise of many, that imports into the UK from the ROI were lower in July than they had been a year earlier – as they also had been in June.

To repeat the point, feeders across the UK are benefiting from the unexpected impetus this is giving to the prime cattle market because they are taking the trouble to deliver more cattle of the type that big buyers, which of course means supermarkets, want.

Robert Forster is a UK-based journalist who produces the Beef Industry Newsletter every week. It focuses on weekly slaughtering details and price forecasts.