TV scouts on the hunt for NI’s best tractor driver teams…could it be you?

Television producers are on the hunt for Northern Ireland’s top tractor drivers for a lively, light-hearted entertainment show “as light-hearted as it is competitive”.

The fun and agri-themed programme will be produced by Alleycats – the production company behind popular agri-entertainment shows Keepin’ ‘er Country and Stetsons and Stilettos – and will air on BBC3.

The format for the show is still tightly under wraps. However, AgriLand understands producers are working to adapt popular games such as 10-pin bowling into a version suitable for tractors.

Researcher Leana Arrell explained that the idea had been a work in progress since the start of the year.

She explained that producers hope to find two teams of three tractor drivers aged between 16 and 25 to compete in a series of obstacles and challenges against the clock for the pilot episode.

However, exceptions may be made for a “strong personality” – so don’t be put off applying if you’re just outside the age bracket. 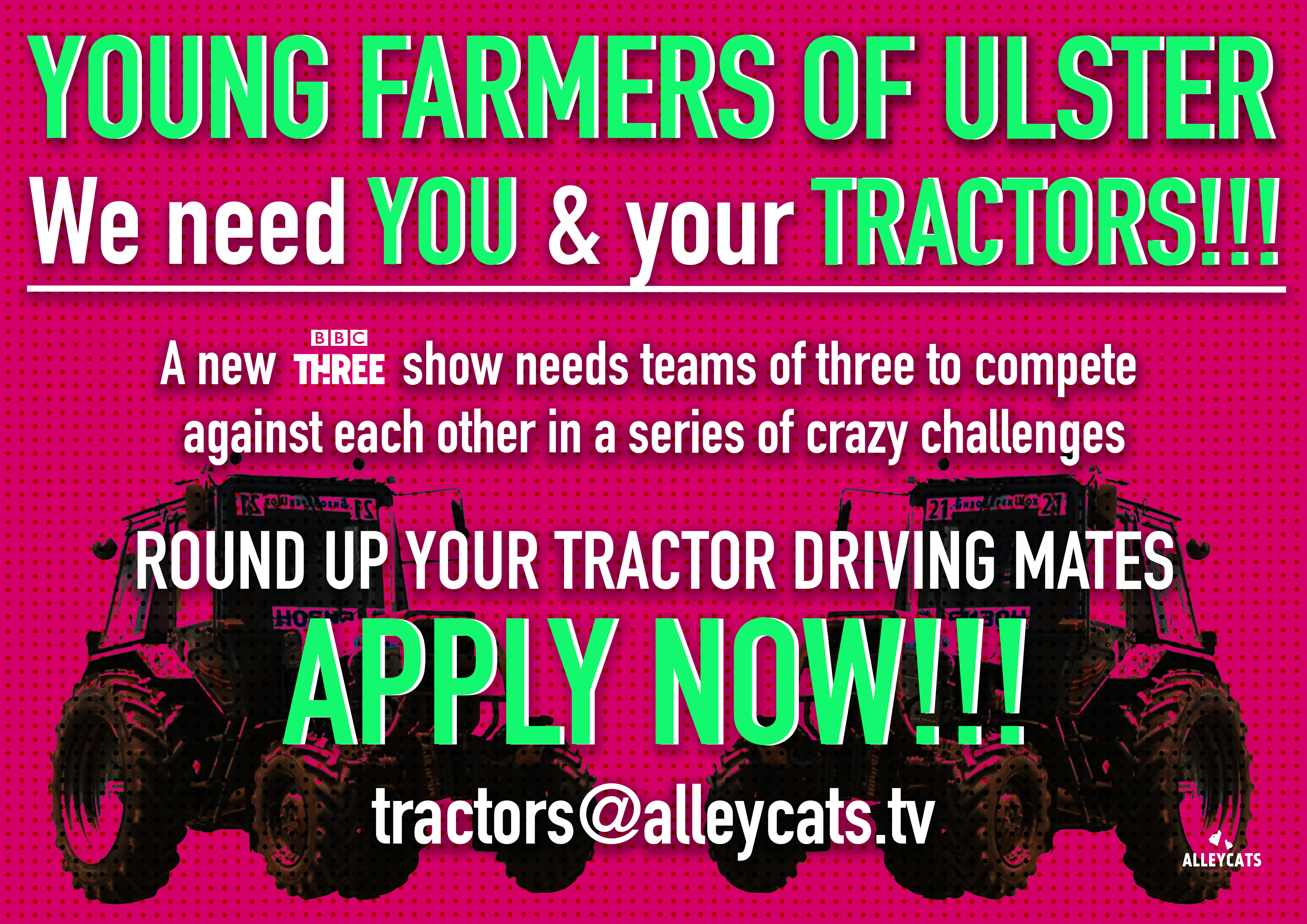 She explained that for the pilot competitors will be asked to bring their own tractors.

“In the questionnaire, we ask what their favourite tractor is and what they would bring if they were successful in getting on to the show,” Arrell said.

“The choice is part of the challenge because they have to choose something they think will be best for showing off their skills.”

The team hope to start filming this summer once lockdown measures ease. Safe machinery handling will also be an important aspect of filming.

To express an interest in being in the show, email Alleycats on: [email protected].