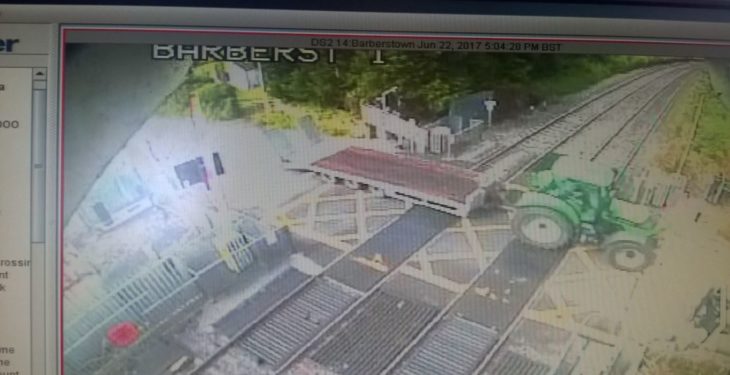 Major disruptions have been caused to Irish Rail’s services between Maynooth and Sligo due to a tractor destroying a level crossing.

A photo posted on Irish Rail’s official twitter account shows a Deutz-Fahr tractor and a low-loader, which damaged the Barberstown level crossing.

The incident is believed to have taken place at around 5:00pm this evening, just as the majority of people were making their way home from work.

It took Irish Rail close to two hours to get services back up and running. Knock-on delays of up to 20 minutes are currently expected.

However, the public transport provider believes services will be back running as normal by about 8:00pm tonight.

Recently reports emerged that a tractor drawing silage was allegedly involved in a hit-and-run incident, where a cyclist was knocked from his bike.

The incident happened just before 6:00pm on Monday, June 12, along the Canalbank Road in Poyntzpass – a village on the border of counties Armagh and Down.

The tractor – which was blue in colour – was towing a yellow silage trailer at the time of the incident, according to the Police Service of Northern Ireland (PSNI).

The driver of the tractor failed to stop at the scene and check on the well-being of the cyclist.

Anyone who has information on the driver of the tractor, or who witnessed the collision, is asked to get in touch with the PSNI.

As it stands, motorists are advised to obey a minimum passing distance of 1.5m when overtaking cyclists – this distance reduces to 1m at speed limits under 50kph. 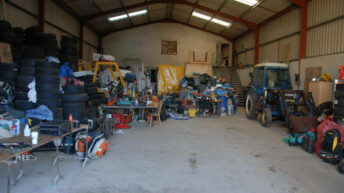