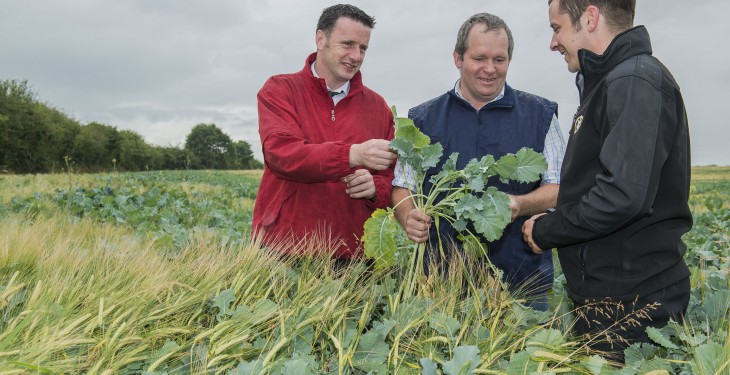 In Focus: Livestock farmers facing  grass and  forage shortages could, in many parts of Ireland , can still sow hybrid brassicas in August to provide valuable late-autumn grazing and take the pressure off conserved feed stocks which are in short supply on most farms.

This is the advice from Dermot Campion, of Germinal Seeds, who are based at Horse & Jockey in Co Tipperary, Ireland. Dermot said a crop of hybrid brassica established before the end of August could provide good crops for strip-grazing in 10-12 weeks.

Modern New Zealand-bred rape/kale varieties such as Redstart can be sown from late April through to August. Hybrid brassicas such as Redstart combine the rapid growth characteristics of forage rape with the winter hardiness and yield potential of kale.

They can be grown as catch crops after cereals and achieve yields of around 6 tonnes of Dry Matter (DM)/ha from a single grazing, or sown earlier in the season to achieve yields of 10 tonnes DM/ha. They can also produce regrowths for a second or even a third grazing, provided they are well managed.

According to Dermot: “They can provide a ready and cost effective supply of high-energy grazing for cattle and sheep and could be particularly valuable this season as farmers find that slow grass growth during the dry summer adds to the forage shortage.”

One livestock producer who has been taking this advice on board from Germinal Seeds for a number of years now is John and Marita Loughman, Tipperary Coop suppliers who farms at Shandangan, Donohill, Co Tipperary.

John and Marita have six children Aisling, Niamh, Gearóid, Eoghan, Ciarán and Ide Mae. The children are aged from seven to 19 years of age and they all help out on the family dairy farm which has a spring calving herd of Holstein Friesians.

Calving begins on Jan 10 and usually finished by April 10. John is heavily stocked with around 60 milking cows on owned and leased land.  Average yield is 1300 gallons and they keep all the heifers as replacements or for sale later as weanlings.

He uses an Angus bull (for easy calving and calving on time) on cows which are not being bred for replacements. Herd fertility is excellent and “this year 71 out of 77 cows and heifers were ready for AI service within one month of the breeding season” says John.  It is all to do with good nutrition according to John.

All grassland including leased land has been reseeded over the last 10 years except for one paddock which was unsuitable. “There is no comparison between permanent pasture and land that has been reseeded” according to John. He has recently begun using Hybrid grass varieties on silage ground.

According to John: “The reason for growing Redstart is that grass supply is usually declining in Sept. However cows will still milk well if their nutrition is adequate which is where the Redstart comes into its own.”

He has tried fodder beet and triticale but finds Redstart by far the best alternative forage in his farming situation. John says that “It really stretches the silage and minimises the need to purchase expensive dairy nuts and protein feeds. My weanlings did very well on Redstart”.

They first used Redstart five years ago after a crop of triticale. John put in eight acres in late July and “it turned out to be a right good and even crop” he says. It carried over 30 in calf heifers and dry cows for around 10 weeks so we were delighted with the crop yield and feeding value.” The following year John put this field back into grass.

Last year John ploughed nine acres and planted Redstart at the end of July. This crop carried 30 +weanlings over the winter. They also received baled silage and some minerals but no meals were fed. By out wintering the weanlings John saved on slurry storage and spreading costs.

According to John: “We were also tight on housing so this was another advantage of out wintering. Feeding the Redstart was a simple job –we just moved the electric fence every day says John. The weanlings are light so there is no damage to the ground.”

He was pleased how well the weanlings did so this year he planted the same nine acres in late March. However this time around it was barley undersown with Redstart and this “fine looking crop” was harvested last week and baled when the barley was at the “cheesy stage”.

John intends to feed this wholecrop and Redstart mixture to his milking cows.

The crop will be cut at about 4” high, and after fertilisation they will have another crop of Redstart growing in the field which will feed the weanlings over the winter. That is what is so good about Restart, says John.

Old pastures destined for re-seeding or fields, which have been badly poached last year or during the spring, could be ideal sites for growing a catch crop of hybrid brassicas. Check this out with your Teagasc or farm adviser. 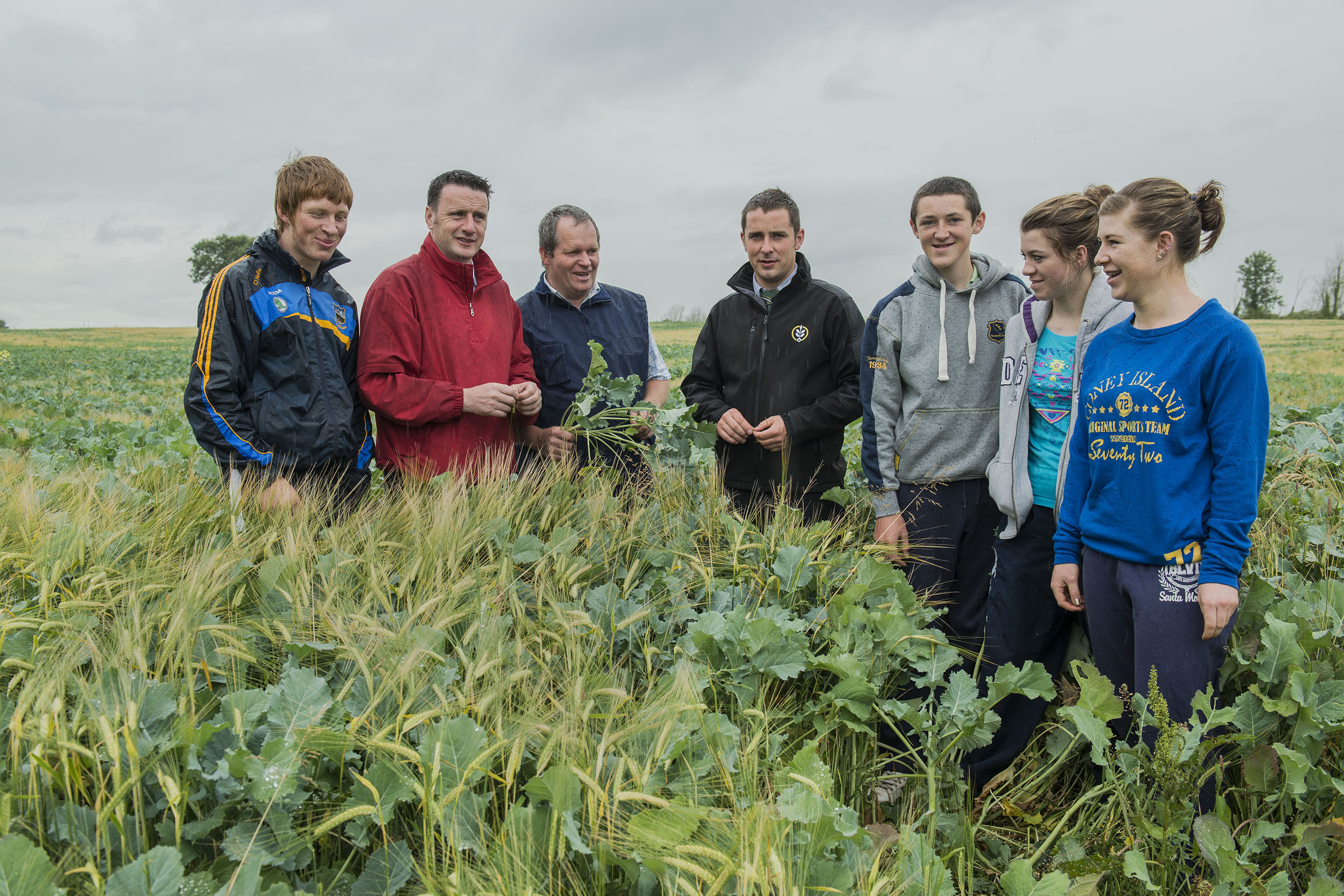