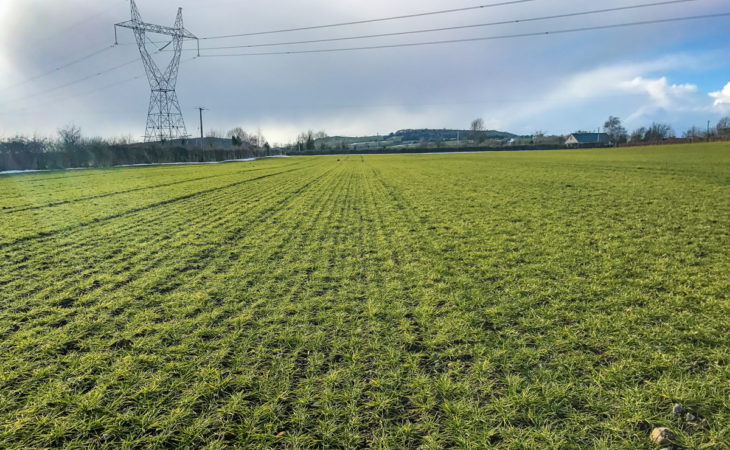 Bobby Miller farms just outside Stradbally in Co. Laois. He is well-known as the chairperson of the Irish Grain Growers Group (IGGG). AgriLand has often caught up with Bobby at meetings and demonstrations, but he seems happier in the comfort of the farmyard.

When AgriLand called he was replacing parts on the plough, with his father Robert, and was hoping to get out to the fields in the next few days and tick some jobs off the growing list.

“I’ll get the fertiliser out on the winter barley as soon as possible and start ploughing. I didn’t get to spray any crops at all in the autumn; now I need a bit of growth before I’ll spray the winter barley (main picture).

“I don’t take any leased ground. I do some contract work – ploughing, baling and spraying – mostly for my cousins and uncles.”

There is a lot of work to be done, but Bobby stressed that he hopes farmers will farm safely when the weather picks up.

“I hope farmers will farm safely at this busy time. It’s important to take your time when working with machinery and to take breaks.”

Bobby grows spring and winter barley, winter oats, spring oilseed rape (OSR) and is thinking of adding beans to the list in the near future.

Bobby has been growing spring oilseed rape for the past four years. Last year he grew Lumen. He has been getting on very well with it, as it has been a low-maintenance crop for him.

“It’s a very easy crop to grow. Sowing timing is similar to beet – early to mid-April. In the past couple of years, I didn’t spray for weeds at all. The crop grows so fast it smothers out the weeds.

I spray for the beetle as it begins to flower and I also add in some disease spray, which is inexpensive.

“The seed-flow when sowing is the trickiest bit, as the seed is so small. Phosphorus and potassium inputs are on a par with spring barley, so soil samples determine that. You can spread up to 160 units per acre of nitrogen in the from of ASN (Ammonium Sulphate Nitrate).”

Harvesting requires patience, according to Bobby.

“You need to be patient at harvest time when waiting for it to ripen. High moisture is the biggest drawback for spring oilseed rape. More often than not you will not get it near the desired moisture level of 9%. Quite a severe penalty is applied per percentage over that. Growers have to be prepared to take a hit on that.

Last year, I didn’t spray off the crop before harvest with glyphosate and pod seal worked out fine.

“The wind is the big risk, just before you harvest, as the pods tend to shatter and lose the seed. You can harvest the crop as fast as barley, but a rape head is essential for the combine.”

Growing oilseed rape provides a break in the rotation from barley and, as a result, gluten-free oats can be planted after oilseed rape.

“I grow gluten-free oats for Glanbia. The variety is Barra; that’s the only variety that can be grown for gluten-free oats. I always try to sow in late-October at 9st/ac and it will probably get 100 units of nitrogen per acre. The more nitrogen you put on, the lower the bushel will drop, according to Teagasc research. There’s a fine line.

The biggest thing is to keep it standing. It’s not an issue really. I think you have to put on the maximum permitted amount of growth regulator to make sure it stands because a lodged crop will not pass the quality standards.

“Last year I put on some liquid potassium to help with the bushel and to keep it standing. I don’t know if it made a huge difference, but it helped. The very odd time you might miss a bit in a corner of the field with the sprayer and the crop might be two feet higher; so it’s important to get growth regulator onto it.”

The premium crop is worth the bonus payment. Glanbia also harvest and transport the crop, which helps to increase profit.

“It’s an excellent crop for me from a profit point of view. Glanbia cut and Harris Transport draw the crop. I have no costs associated with that, which is worth approximately €20/t. Last year, I got over €200/t with moisture and shareholder bonuses. My yields tend to be around 3.6t/ac.

I’m very happy with it as a crop. This is my fourth year growing it. It’s a premium crop in all aspects.

“I’m considering sowing beans for 2018 from a rotation and profit point of view. Practically all of my ground has grown oilseed rape over the last four years and I don’t want to run into trouble with club root. There can be a yield penalty if OSR is sown too close together in the rotation. Margins from beans are proving to be higher, especially with the protein payment.”

Bobby has taken up a lot of measures in GLAS (Green Low-Carbon Agri-Environment Scheme). This is helping to add biodiversity to his farm. Teagasc is monitoring aphids on the farm as part of a research project.

One of the first fields we visited had a 6m grass margin – of Timothy and Cocksfoot. The first 3m of the headlands had been under-performing and the grass margins were an option in GLAS to increase profitability and help to regenerate the soil on the headlands.

There are also bird boxes and sand for the bees on different locations on the farm, as well as two farmland habitats.

Bobby sowed cover crops on all of the ground for spring cropping. These crops were sown on the first weekend of September.

“I was looking at the traffic passing the gate going to the Electric Picnic on that Friday, when the cover crops were being planted. I didn’t miss too much of the picnic though,” he laughed.

If it was sowed a month earlier there would be three times the volume of growth.

“This year, the plan is to sow the catch crop as soon as the fields are cleared after the winter crops. Hopefully, I’ll get them planted in early August to see the real benefit.”

Bobby won’t cut back too much on his fertiliser because he had catch crops in over the winter.

“I’ll probably cut back the nitrogen on the spring barley by about 10 units per acre. I’m trying to bring up the phosphorus and potassium levels on the farm. The cover crops should help to improve the soil organic matter,” he concluded. 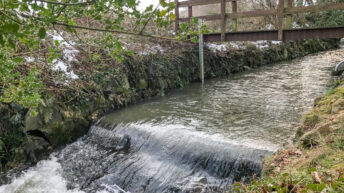 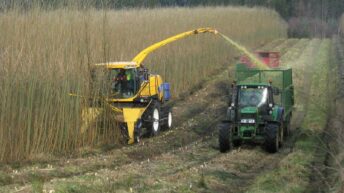