Tillage focus: Fertiliser out and ploughing well underway in Tipperary 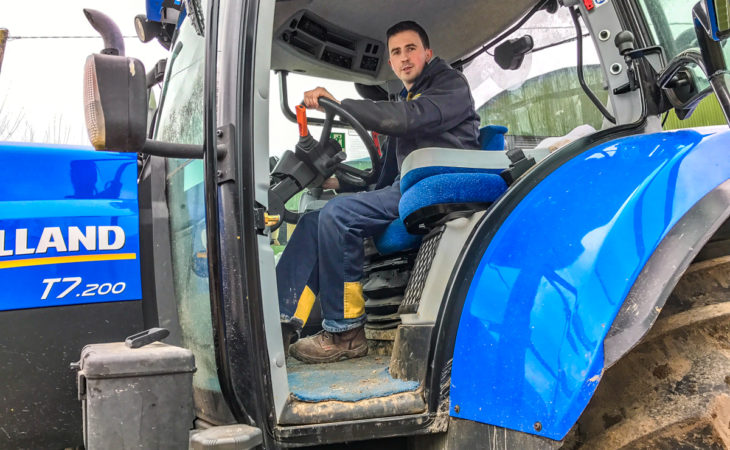 Thomas Lonergan is in a minority group; he’s a young tillage farmer. Having studied at Kildalton College, he came home to farm just outside Cahir, Co. Tipperary, in 2015.

“I always wanted to come home and I jumped at the chance when the National Reserve opened up. Doing what you like means a lot at the end of the day.”

Farming in the Golden Vale, Thomas is the envy of a lot of tillage farmers. The winter crops all received herbicide in the autumn and compound went out on the winter barley last week.

We were ploughing again last Wednesday after the snow. It’s dry, but we have our fair share of stones to pick. That’s the price you pay I suppose.

Thomas grows both two and six-row winter barley – Cassia and Bazooka. He saves a lot of his own seed.

“The Cassia is home-saved. We home save a lot of seed. We have Bazooka sown as well. The biggest problem with that is we can’t home save the seed because it’s a hybrid.

We tried the hybrid in some weaker ground and it really kicks on.

The winter barley received all of its compound last week and it will get sulphur with each split of nitrogen. Thomas’ crops weren’t showing the effects of what has been a tough winter.

“We save most of the wheat seed as well. We buy one or two varieties every year. This year we bought Costello and put it in after beans. We’ll home save that next year. We also have JB Diego.”

“We have a new variety this year – Gangway. It looks to be the real deal. The seed is in the shed. We won’t be in a panic sowing it. I’d prefer to sow it later – in good conditions – because it will shoot up.

“Protein is never really an issue for us, as we split the nitrogen. We’d normally come in at around 10%. It’s by far one of the best crops – once it passes.

Oats is the main break crop on the farm.

“We had beans, but the light ground didn’t suit them. We had good enough yields, but it didn’t suit our system. They ran late in the year and we lost ground for straw as well.

We get on well with oats; it’s our main break crop on the farm now. The oats go to Flahavans.

“Normally we just sow winter oats, but we didn’t get all of the oats sown in the winter. So, we have some spring oats to sow next week – hopefully. We’ll sow Husky.”

“Fertiliser on the winter wheat and oats is the next job. The winter barley has only got about 30 units of nitrogen per acre so far. We’ll go out soon enough on that as well,” Thomas explained.

“We usually do three splits on both the winter barley and the winter wheat. The six-row barley will need a growth regulator in the next 10 days, depending on the weather of course. Usually we try to get it on early enough.

“I’ll assess it all at the end of the week. It will probably be the week after next when we start those jobs.

We’re lucky enough down here. We’d like the weather to pick up a bit, but there’s nothing we can do about it. 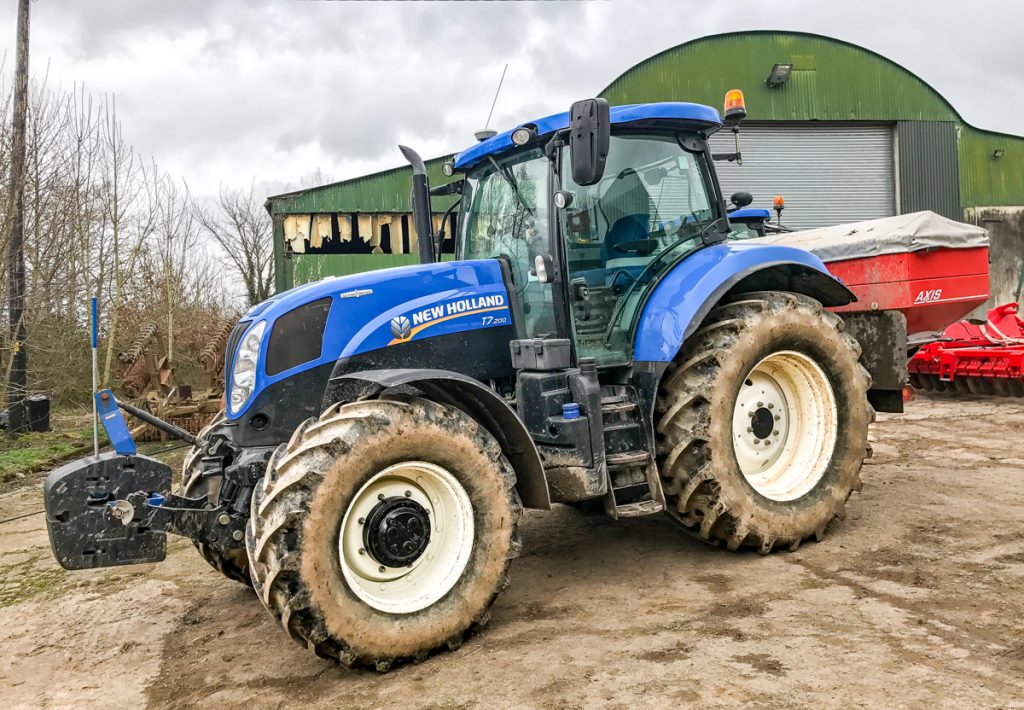 Setting up as a young farmer

Thomas acknowledged that it is hard starting out as a young farmer, but the incentives that are there have helped him to set up his enterprise.

“I started farming in 2015. The Young Farmer Scheme top-up and the National Reserve were a good incentive. The TAMS (Targeted Agricultural Modernisation Scheme) has helped me to kick off as well.”

Thomas recently bought a disc harrow under TAMS and plans to increase the area of cover crops he sows on his own farm, as well as doing some contract work.

“I bought the disc harrow to sow cover crops. We were using the corn drill to sow them, but it was slow. It’s a one-pass; the air seeder will put the seed out in front of the roller. We wanted something fast. Thanks to TAMS, that 60% is super. You’re not going to get that everyday.”

“We sow cover crops on most of the ground left for spring crops. We’ll sow more now that we have the right gear for it. We’ll do bits of contracting with it. It will sow the bird cover for GLAS also.

Some of the cover crops grow so high; we can use this to disc them down.

The disc harrow is an investment in soil fertility of the farm.

“We burnt off some of the cover crops; but now that we have the proper equipment, we’ll bury the crops with the disc and plough them in then.

“I think you’re getting the benefit of the crops then, as you’re ploughing in the organic matter. It’s doing a lot for the soil. You mightn’t see it in yield for a while, but it’s definitely helping. We’ll go in after winter barley with the cover crops and there will be spring barley sown then.” 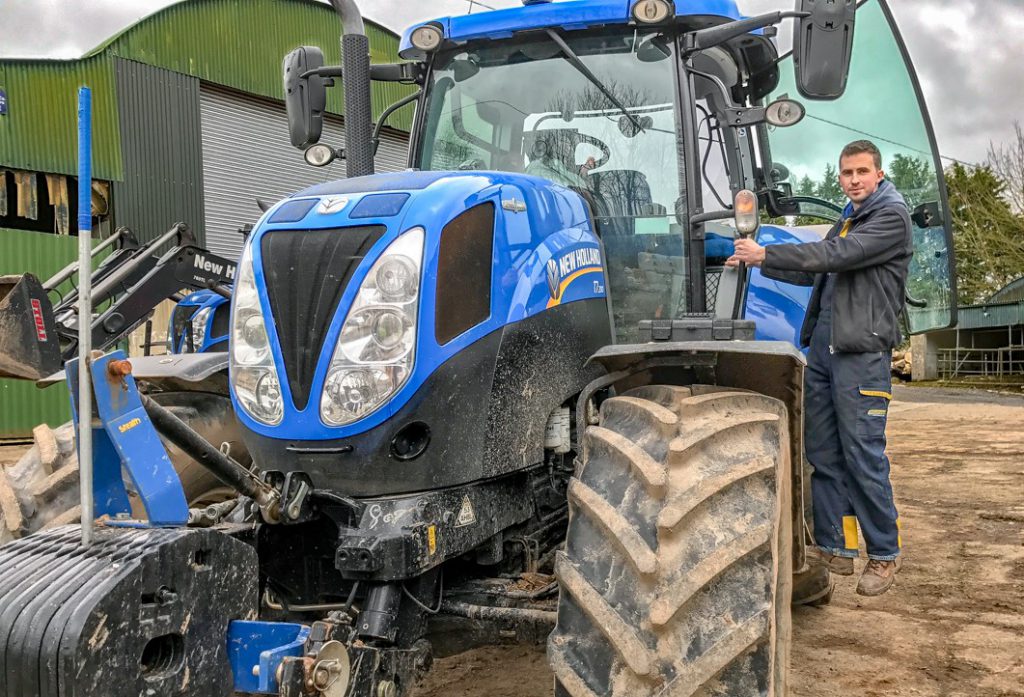 The Tipperary man explained that it’s very important to have a cover on the soil over the winter.

“It makes sense. The ground can’t be left bare over the winter. The roots that those crops put down do a lot for the soil. We sowed a lot of leafy turnip and forage rape. We tried tillage radish as well, but it depends on the time of the year.

“If we can get in early, I’d say we’ll grow the likes of turnip and rape; but later in the year, radish and mustard seem do a bit better.

“We don’t graze any crops. The plan is just to build up the soil. I don’t know if you’re going forward or backwards when you graze it off. If you have sheep, that might be OK; but anything bigger than that is hard on the ground.

We’ve found that the earlier you go the better. As soon as the fields are clear is the time to sow. 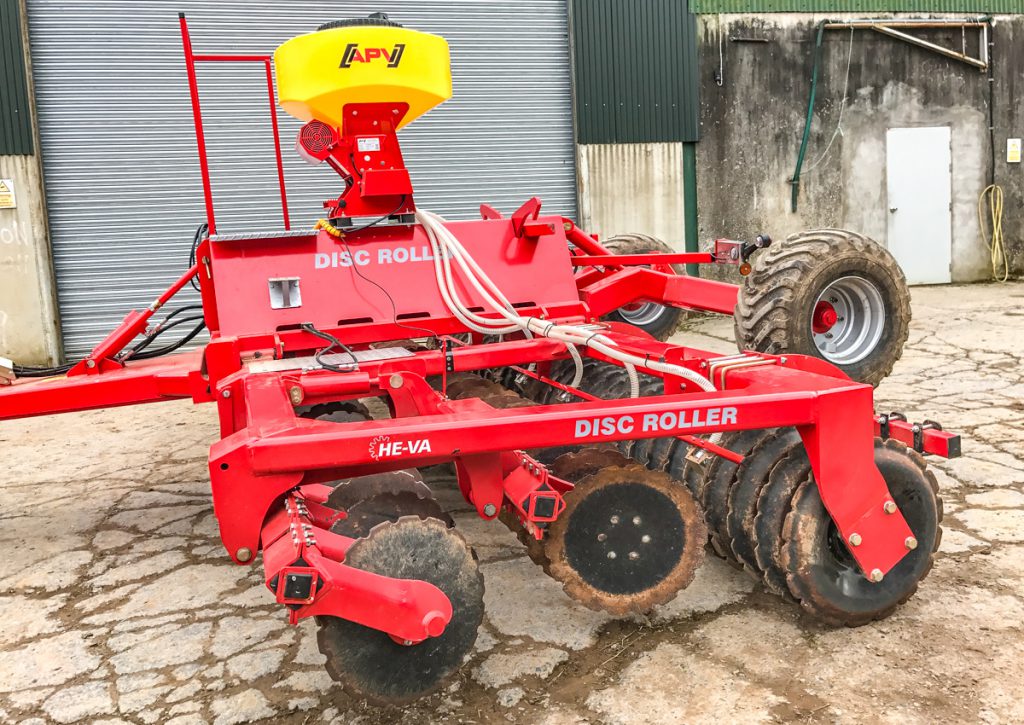 Thomas is very happy with the disc harrow and can’t wait to use it this spring. He will be able to sow 6-7ac per hour.

“We demonstrated a lot of HE-VA machines last spring and that one came out on top. It’s so fast, it’s the dream. The price was important as well.

“It might be a bit on the over capacity side, but we have a share of bird cover to sow for GLAS in the coming weeks and we’ll put it to test,” he concluded. 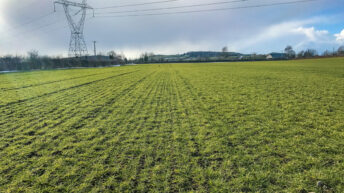