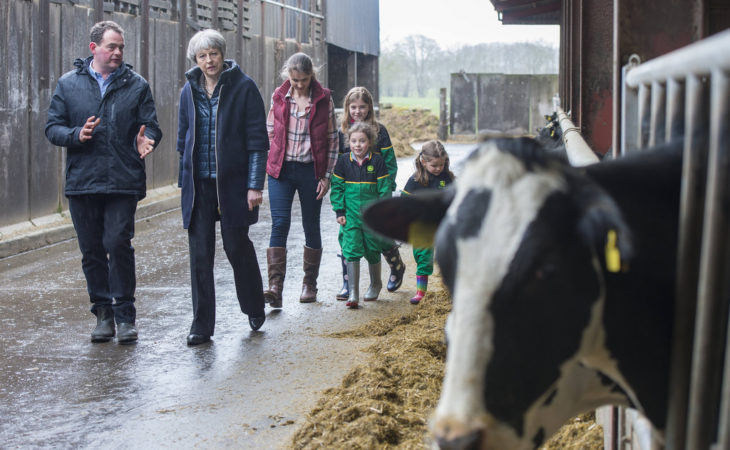 British Prime Minister Theresa May has been spotted on a farm in Bangor, Co. Down, as part of a tour of the British Isles exactly one year before the UK will spend its first day outside of the EU.

The Prime Minister had a lunch of Northern Ireland local produce at Fairview Farm where she was hosted by the Jackson family and representatives of the Ulster Farmers’ Union. 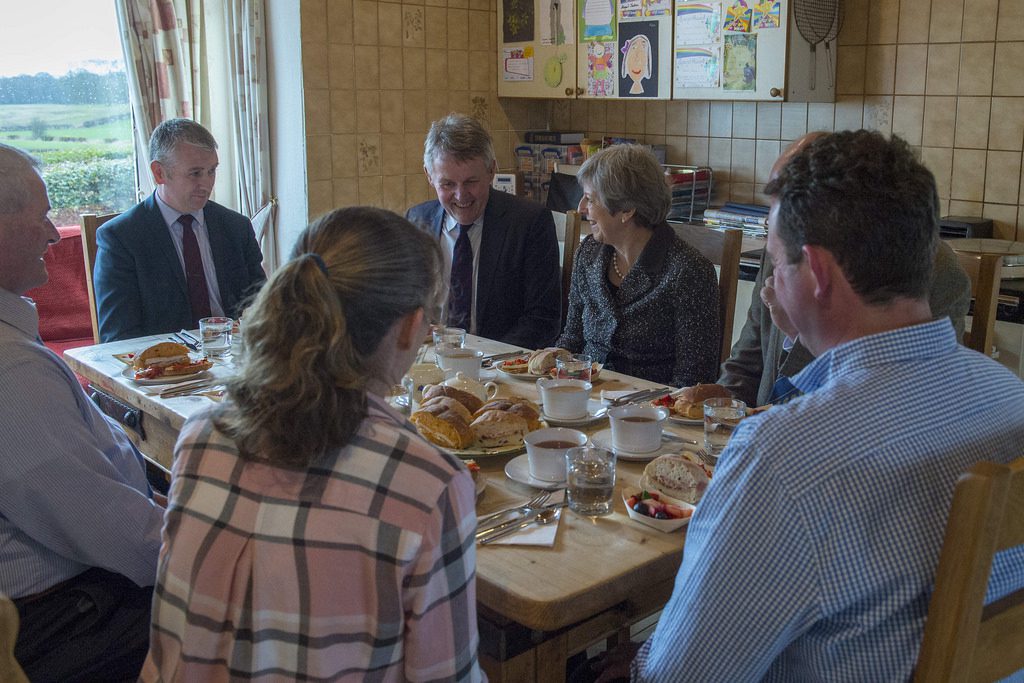 The Jackson family manage a 300-cow dairy herd on their 132ac grassland farm – Fairview Farm – in Bangor, Co. Down.

The visit was a bid to demonstrate her commitment to Northern Ireland’s farming industry in a visit to meet working farmers today and to hear their views on what Brexit means to them.

During the visit, May shared her determination to secure a deal that would benefit the whole of the UK.

‘One of Northern Ireland’s most significant industries’

A spokesman for Number 10 explained that a farm was chosen as the setting for May’s Northern Ireland visit because agriculture is one of the most significant industries in Northern Ireland.

The sector employs around 48,000 people to work on over 25,000 farms, creating produce which is renowned for quality at home and abroad.

Her visit was part of a day-long tour across the United Kingdom to mark exactly one year from the UK’s historic exit from the European Union. During the day Mrs. May also stopped off in England, Scotland and Wales. 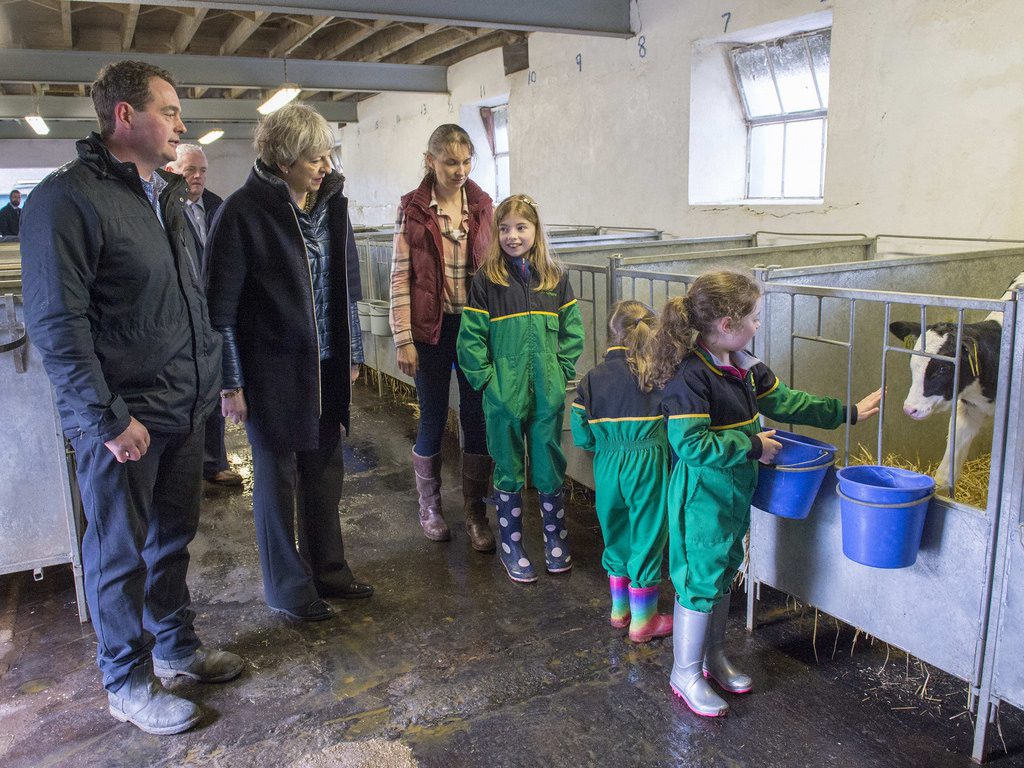 Prime Minister Theresa May said: “Northern Ireland and the farming industry are integral parts of the United Kingdom’s history, culture and, importantly, our future – which is why I’m here today to speak to farmers and hear their views.

“My mission is to deliver a Brexit deal that strengthens the bonds between us and ensures our industries and nations prosper as we forge a new role for ourselves in the world.

“Today, I want to hear from people in Northern Ireland about what our exit from the EU means to them.

“As there is no Executive in place in Northern Ireland, it is even more important that the views of people and businesses here continue to be heard,” she said.

“We remain absolutely committed to restoring a devolved government to Northern Ireland and will continue to work with the parties to achieve this.

I also want to reassure the people of Northern Ireland about my commitment to avoid a hard border and protect the Belfast Agreement.

“The border is used daily for travel and trade, but it also forms a hugely important part of British and Irish identities, rooted in generations of family history – and this is something that needs to be protected.”

It’s understood May did not make any plans to meet with politicians here during her visit to the region.

Brexit concerns to the fore for Ornua bosses