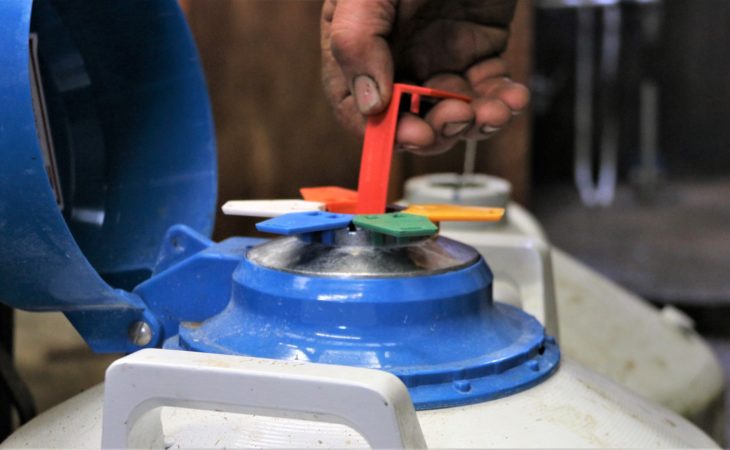 DNA results are back and issues surrounding champion AI bull Ballinloan Jaegerbomb’s parentage have been resolved with confirmation of a mix-up in the bull’s dam.

The bull’s correct dam has now been identified as pedigree Limousin Ballinloan Geneva (UK 542434/401306), according to a statement made by the British Limousin Cattle Society.

The bull had his pedigree status put on hold after doubts were raised about his parentage, specifically the bull’s dam – who at the time was thought to be a home-bred Neuf daughter, Ballinloan Fruttela.

The society stated that the pedigree records for the bull will be amended accordingly.

It added: “For clarity, Ballinloan Jaegerbomb retains his pedigree status.

“All progeny registered to him, and any calves to be registered, will have a full pedigree status as per normal. Results were confirmed this morning and this post is to inform members as quickly as possible.”

A further statement is expected to be made in due course.

Jaegerbomb has been hugely successful. In just two years more than 2,000 straws of his semen have been snapped up by breeders.

The up-and-coming bull was noted as being “very easy-calving” while producing progeny with good muscling – so much so that, during the wait for DNA results, there was some speculation he may have been part British Blue. However, this has now been proved not to be the case.

The bull was bred by Perthshire farmer Stuart Fotheringham and had won a series of championship titles including first prize at the Royal Highland Show, Male Champion at Perth Show and Reserve Male Champion Limousin at Turriff Show.

Jaegerbomb sold at Carlisle as the Junior Champion for 24,000gns in 2015. The successful purchasers were members of the Handley family of the Gunnerfleet Herd, who still own the bull and had been marketing the semen.

Speaking to AgriLand, Ian Handley – a respected limousin breeder of 32 years – said the situation was a “nightmare”.

Handley said he was “very grateful” the situation had been resolved and said he spent many nights worrying about the breeders who had used the semen.

“You feel hugely responsible,” he said. “You feel as if you have let everyone down. I would have lost the pedigree on half my herd if the situation hadn’t been resolved; all of my own cows are carrying Jaegerbomb at the moment.

“I’ve been worrying about the small breeders – maybe they’ve only bought one or two straws, but they might only have five cows and that could have affected half of their herds.”

Jaegerbomb semen is back on the market and available in the UK and Ireland with World Wire Sires, the Semen Store and Elite Pedigree Genetics.

AgriLand reporters were unable to make contact with the animal’s breeder Stuart Fotheringham. 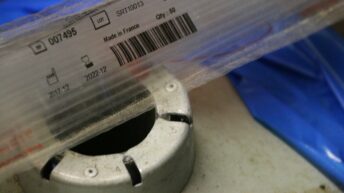 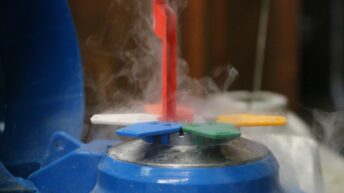