End of the line: What’s next for farming along Ireland’s railways?

The farming community and the rail system have been chugging together since long before the foundation of the state.

Broadly speaking, it has been a good relationship – albeit there have been some unfortunate bumps in the road.

These include: tragic farmer deaths at land level crossings; cases of livestock drifting out in front of fast trains; and some incidents of locomotive derailment after hitting a vehicle on the tracks.

Experts in the field say it is a connection that runs deep into the heart of the rural landscape.

The railway played a vital role in the movement of livestock right up until 1974.

“When I was growing up fairs were held in the town square. Farmers brought their cattle in to sell to the dealers. There were no lorries; so they were all transported away by train – largely for the British market, but for other places in Ireland as well,” said the native of Rosslare, Co. Wexford.

“There would be four special trains of about 30 wagons – relatively small wagons by today’s standards – they were only four-wheel drive.

They got about 10 or 12 cattle into each wagon. They would pull off in September or October, when farmers were downsizing herds for winter to reduce fodder consumption.

“They just stood in the wagon; there were enough animals to stop each other falling over,” he said.

The special cattle wagons all rolled into a big depot at Broombridge, Co. Dublin, where they would be sorted for export.

There were huge volumes of cattle wagons at the depot, perhaps around a thousand. There was another huge complex in North Wall, near where the 3Arena is today, with a big yard and cattle pens. The cattle would be unloaded and shipped to Birkenhead, in Liverpool.

“All the wagons had to be washed by railway staff afterwards to prevent the spread of disease; they were splashed with lime and water to disinfect it,” said Doyle, who joined the railway service in 1962 as a booking clerk, selling tickets to emigrants going to London. 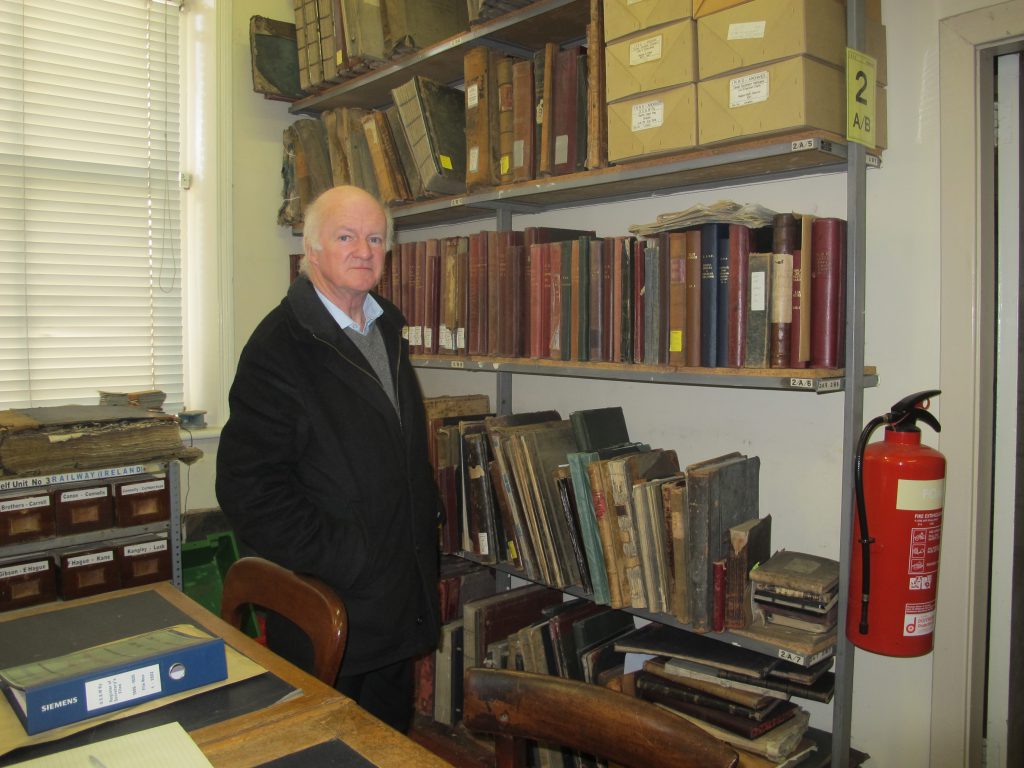 He went on to work as an operative at central controls in Dublin. He was also hugely involved in the design of all new track layouts, including level crossings, on rural lines nationwide. He retired from Iarnrod Eireann in 2010.

“From the opening of the four sugar factories – Carlow, Mallow, Thurles and Tuam – in the 1930s, the transport of sugar beet by rail was a major source of revenue for the railway. More than 1,500 wagons were used from mid-October, to the end of December,” said Doyle. 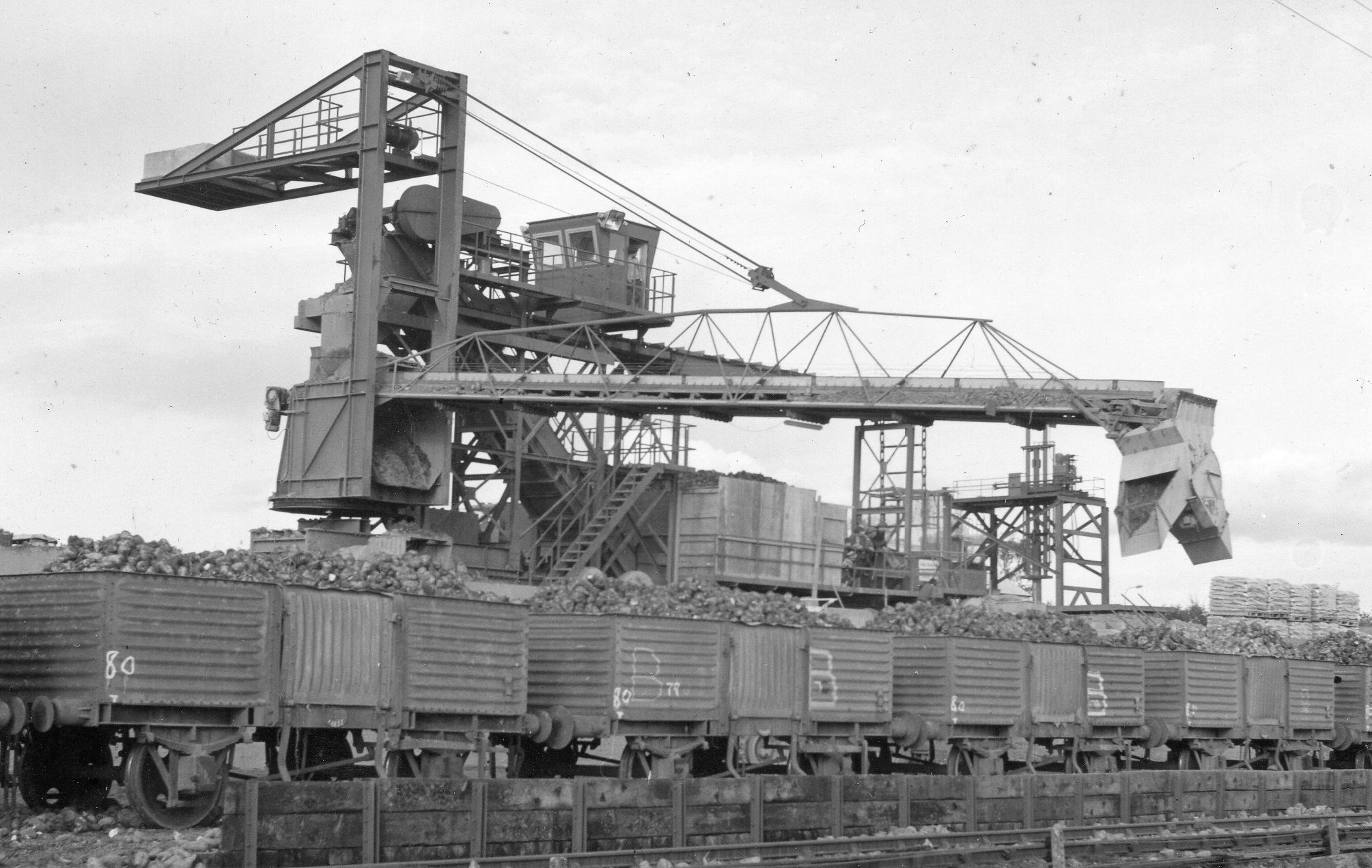 “There were special wagons for race horses to go on the back of passenger trains, to take them to race meetings at the Curragh,” he said.

All this came to an end with the dawn of modern railway technology; and farmers changing the way they did business.

A couple of outbreaks of Bovine Tuberculosis (TB) on board also led to higher safety standards being introduced.

However, other links between the railway and the farming community remain strong today.

“Railways were built under parliamentary acts. Every railway had to apply to the government of the day and provide a route plan on a 25in ordinance survey map,” said Doyle.

They showed every major crossing where there was heavy traffic from horse-drawn coaches and every farm that had to be split in two halves – this was known as an ‘accommodation crossing’ to accommodate the farmer.

“There are hundreds of them all over the country; Britain and Ireland all under the same act – pre-1921. The farmer has always been responsible for operating those gates safely,” said Doyle.

(Unfortunately, all Irish copies of the plans were lost in a fire in the Four Courts in Dublin in 1922; the originals can be found in the House of Lords, in London.)

Over the years there have been a significant number of accidents.

“In 1966 a Wicklow farmer was killed crossing a train track in his car; the train actually went up into the engine of the car and it derailed. There were no fatalities on the train.

“The big risk is the block of the engine on a tractor or motorcar. If that goes in under the train it will certainly derail it, it’s virtually indestructible.

“Sadly, a month after that same farmer died, his father was also killed at a level crossing just up the line. It was a Sunday; he wasn’t expecting a train, so he didn’t look up the tracks,” said Doyle.

Back then trains travelled at about 50mph (80kph). As the railway started to speed up, many level crossings through farmland were – and continue to be – eliminated. 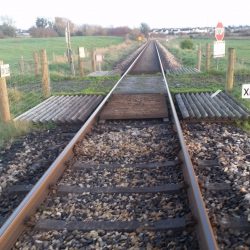 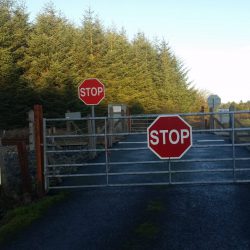 According to official Iarnrod Eireann statistics, more than 2,000 level crossings were operational nationwide in 1998 – the vast majority located on farmland.

However, today this figure has drastically reduced to just 954. Almost 600 of these are designated “field crossings” generally connecting agricultural land.

The figures also reveal that there have been 160 “animal incursions” on the network so far this year. The Dublin/Sligo line has recorded the highest number of incidents, at 45.

Two fatal accidents occurred at level crossings in 2010, one in 2008 and one in 2007. (This excludes incidents where it is believed self-harm was involved.)

Speaking to AgriLand, Barry Kenny, Iarnrod Eireann’s director of communications, said: “The relationship between the railway and the farming community has always been part of railway life.

A lot of the relationship is based on sharing information, he explained.

Over the last 20 years, Iarnrod Eireann has targeted unsafe and redundant crossings. They work with landowners to find alternative options.

The most significant factor is safety; making sure we have clear signage in advance where there are roads. There must be a clear view and hedging along our lines is cut back so that a landowner can see that it’s safe to cross.

“Misuse is a problem in some areas. Sometimes we have to take further steps by setting up monitoring cameras; we’ve also had instances of prosecution and penalties where crossings have been left open.

“It can be a particular issue near large-scale operations, where there is a lot of livestock, or machinery, coming across. Silage season is another very busy time at crossings. We ask farmers to contact the signal person so we can caution trains travelling in the area.”

He said the issue is most prominent in counties Mayo, Sligo and Kerry. Iarnrod Eireann highlighted the issue at this year’s National Ploughing Championships in Screggan, Co. Offaly.

“In the worst instances people have been killed where gates have been left open. In some cases, farmers become complacent because they are so familiar with the area,” he said, adding that livestock strikes often lead to severe delays.

Down the road, Kenny anticipates even more closures.

“We are always looking to reduce the number; but not to the disadvantage of the farmer. Farms tend to stay within families, so operating crossings becomes a fact of life. If younger generations are not working the land, naturally the crossings won’t be in use.

“We might look at areas where there are quite a significant number of crossings in close proximity and see if we can work with landowners to see if just one could be used. Alternatively, we’re looking at overbridges or underpasses.

If you were starting the railway today you would make sure there were no level crossings anywhere.

“You would segregate it completely; you would do compulsory purchase orders. Those options weren’t open to the 19th and early 20th century railway barons,” he concluded.