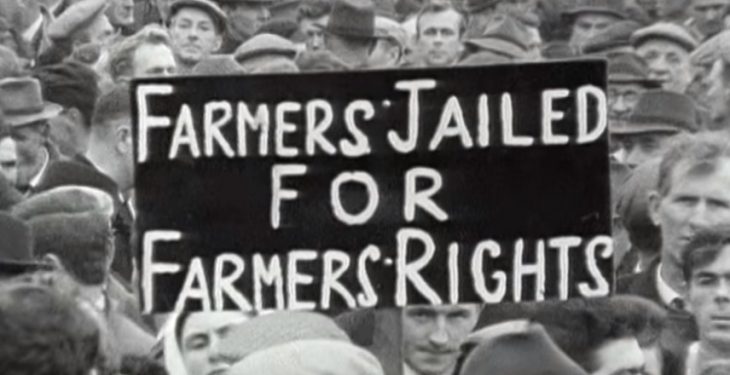 A farming song that was allegedly banned by RTE, called ‘The Broken Hearted Farmer’, was played on air for the first time in 50 years recently.

Joe Flynn, former lead singer of Sid and the Saints, and his wife Mary wrote the song in the late 1960s, to tell the story of the farmers’ rights campaign in Ireland at that time.

They were hoping for a number one hit and it was the middle of the showband scene, but it never happened as they believe that the record was banned by Radio Eireann, which was the only radio station at the time.

The song told the story of a historic farmers’ rights campaign of 1966 and 1967, where farmers battled with the Government of the day because of falling farm incomes which led to protests, road blockades and some farmers jailed.

Speaking to on RTE’s Documentary on One recently, Mary said that they found it hard to believe [that it was banned] when they knew they hadn’t done anything wrong. It was very hard to stomach, she said.

The song never made it onto the radio in Ireland and both Joe and Mary have always believed that it was banned by the Government and by RTE.

In the 1960s over a third of the population worked in agriculture and the National Farmers Association, which is now the IFA, represented their interests.

Back in the 60s the average farm income was around £5 a week compared to the average industrial wage of £20 a week and the NFA wanted to bring farmers incomes in line with industrial workers.

NFA members wanted the right to negotiate with the Government on behalf of farmers rather than just be consulted. In 1966, non-productive negotiations and ongoing broken promises led to increased farmer anger.

So, in October 1966 some 30,000 NFA members, led by President Rickard Deasy, left their respective parts of the country to arrive at Government buildings to allow their demands to be heard. That was the start of the campaigns for farmers rights.

Flynn, having heard the struggles his neighbours and friends were going through, then penned the song which was subsequently banned from the air waves.

The full podcast of the background to the song ‘The Broken Hearted Farmer’ can be listened over on the RTE website.