The move by the factories this week to pull lamb price quotes severely is very negative and will have a damaging impact on confidence in the sheep sector, according to IFA National Sheep Chairman, John Lynskey.

He said farmers are strongly resisting the price pressure and on Tuesday were negotiating prices of €5.00- €5.05/kg. He said some group prices set earlier this week were delivering €5.10 to €5.20/kg.

Quotes for spring lamb prices tumbled earlier this week, with most factories offering a base price of 470c/kg for new season lambs.

Last week, the majority of processors were offering base prices of 480-490c/kg for these lots, but a weakness in the skin trade has been blamed for lower prices this week.

A number of procurement managers told Agriland that the trade is not being helped by lower prices for fifth quarter products and especially skins.

John Lynskey said there is no way the factories can justify the lower quoted prices and are attempting to drive uncertainty into the trade in the run in to the bank holiday.

He accused some factories of reducing the kill in order to back up lambs were instead looking to kill more cull ewes.

On carcase weights, he said factories are moving are moving to 22kg and some farmers are already negotiating payments at this level.

Lynskey said with a strong store lamb trade at the marts, farmers should not sell any under-finished lambs and consider the mart as a better option.

John Lynskey said that in the UK, factory prices are reported at £4.22/kg by AHDB, which is equivalent to €5.30/kg including VAT.

He said the latest auction mart prices for July 26, which are always lower than factory prices because of the store lamb factor, are at £1.80/kg live weight, which is equivalent to over €5.00/kg. 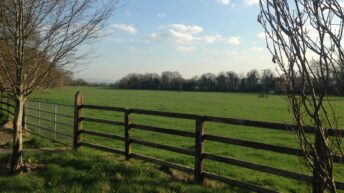