The Brazilian beef industry: Just how big is it?

The scale of the Brazilian meat production and processing sector is simply massive. 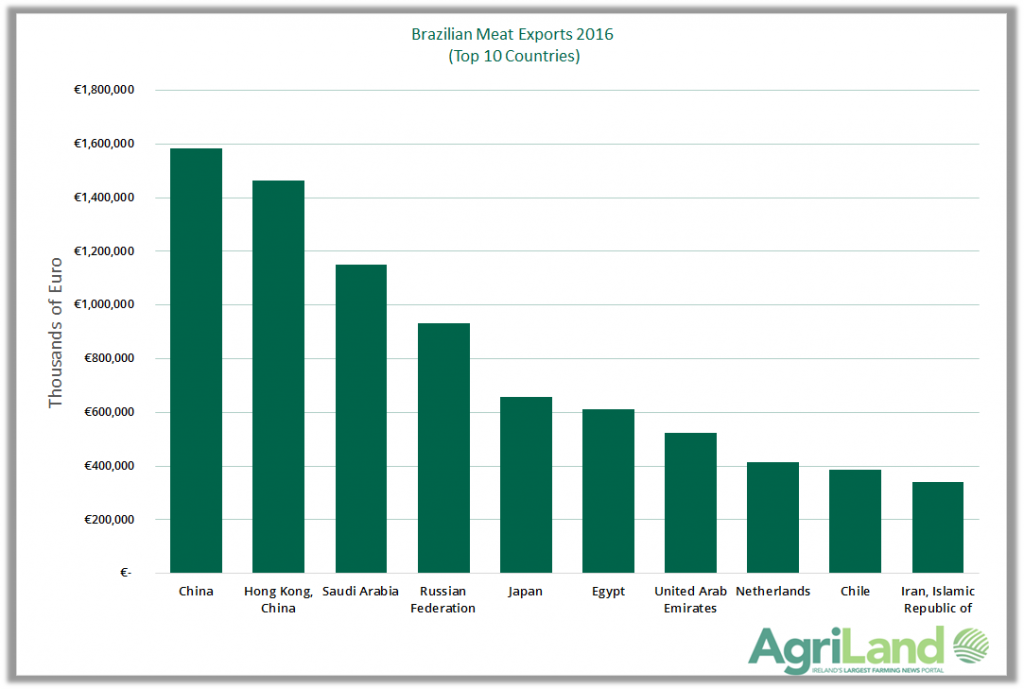 Advertisement
Brazil is currently the second-largest commercial beef producer in the world, behind the US. Chilled, fresh, and frozen sales account for 88% of Brazil’s beef exports. Prepared/preserved beef accounts for the remaining 12%.

Total meat output from the EU amounted to €82 billion in 2015. The figure for beef was €26 billion, which amounted to 10.8% of total global output.

It has been estimated that 96% of all Brazil’s beef output is grass-based. Current research is focused on allowing Brazilian farmers to become more efficient – chiefly from a grass utilisation point of view. The development of paddock-based systems is now a key priority. The more intensive use of existing grassland should reduce the pressure to deforest further.

Brazil’s cattle industry is centred in the mid-west of the country, with the Matto Grosso du Sol region playing a particularly important role. Alas, drought is a major impediment to the growth of the sector. Lack of rain in the country’s most intensive livestock regions has significantly impacted beef output during the past three years.