‘Technology will allow for white-collared farmers’ 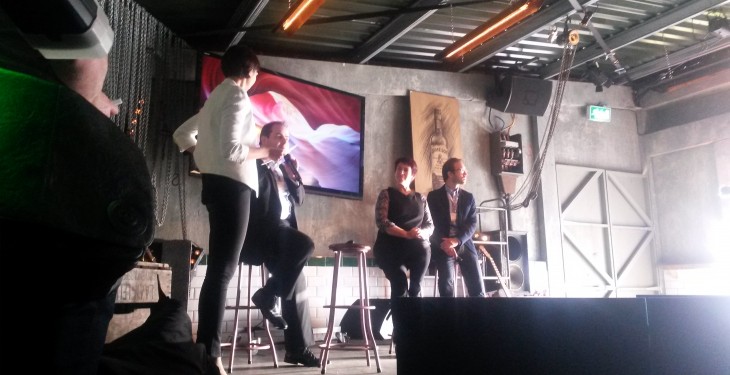 Edmund Harty, Dairymaster, on stage at the Food Summit.

Advances in technology will enable more well-educated, young people go into farming and enjoy a white-collared job, according to speakers at today’s Food Summit which is part of the Web Summit in Dublin.

Andra Keay, of Silicon Valley Robotics, told the Food Summit that the age profile of farmers is ageing and farming is not longer a family enterprise. However, she said that advances in technology will return farming  back to the family. “It will allow the well educated person have a white collared job back on the farm.”

She also said that technology must reform agriculture, and help it reduce wasted inputs. This, she said, can be done as agriculture becomes more and more individual based. “You only need to treat what needs treating and water what needs watering.”

This theme was continued by Edmund Harty of Dairymaster, who was also on stage. He said that technology in agriculture will be the driving force in the agri-food industry over the coming years.

“Farming is quite technical and you see a lot more technology in farming with more skills and more science. There has been changes in the past 30 years and the next lot of changes will be about individualisation. It’s about optimising the performance of animals on an individual basis.”

He went on to say that the 10 billion needing feeding figure that is talked about can be broken down further – that an extra 200,000 people need to be fed in the world every day. “It’s the island of Ireland every month. In four of the last five years, the world has consumed more food than it has produced.”

He also said that it won’t be small steps that change how we feed the the world. “It’s about doing things individualistically, more science, more technology and more ability – enjoyability, sustainability.”