More than 800 livestock farms across Northern Ireland which had an animal test positive for bovine TB in the first six months of 2020 had not had a breakdown for more than a year.

A total of 1,313 herds experienced breakdowns so far this year. However, two-thirds of those (863) which had at least one TB reactor animal, had been clear for at least 12 months.

The worst month, January, saw 207 individual herds closed for the first time in at least 12 months.

The figures count the unique number of herds affected by a TB breakdown, which means no farm is counted more than once. 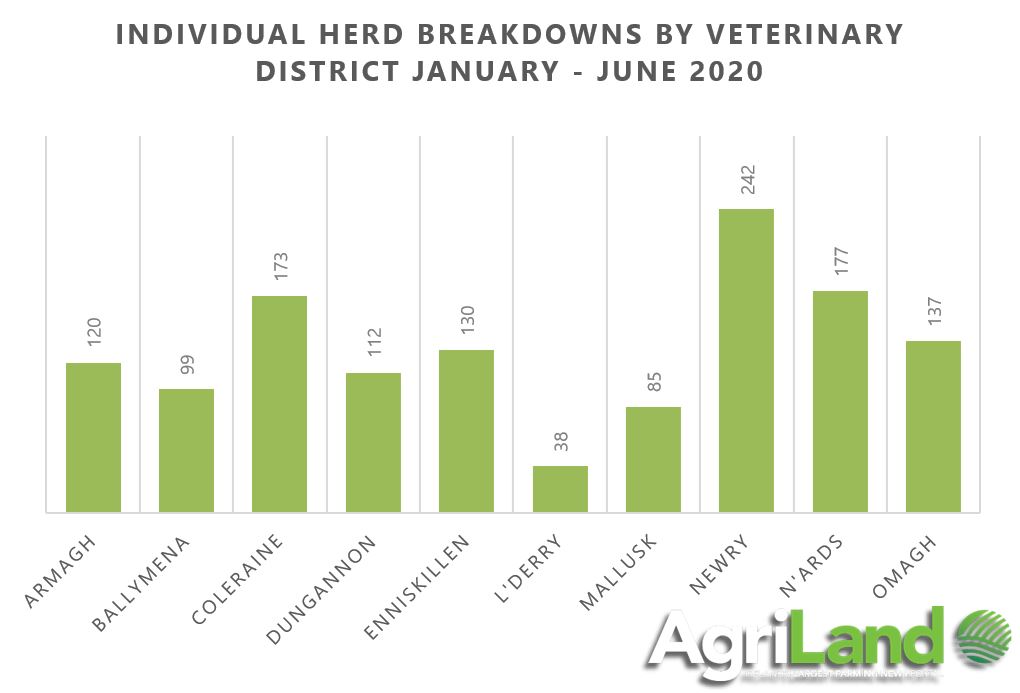 Newry was the worst affected veterinary district with 242 unique herd breakdowns recorded (including those which had not been clear for more than 12 months).

It was followed by Newtownards with 177 herd breakdowns and Coleraine with 173. The north-west was the area which fared best with just 38 herds affected in Derry.

The proportion is down slightly compared to the year before when 72% of herds to suffer a breakdown had been clear more than 12 months but remains far from eradication.

Bovine TB herd incidence has also fallen slightly in the region since it peaked in November 2017 at 9.73%, but the latest official figures show remained at around 8% as recently as June.

Herd incidence measures the number of new reactor herds during the last 12 months as a proportion of cattle herds which have presented cattle for a TB herd test over the same period.