Taoiseach meets with IFA as RDP goes down to the wire 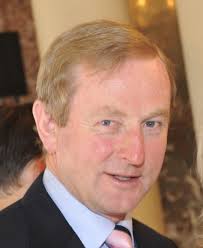 AgriLand understands Taoiseach Enda Kenny is meeting with a top-level delegation from the Irish Farmers Association (IFA) in Castlebar, Co Mayo, this morning to discuss a number of key funding and policy issues that are of major concern to the farming sectors at the present time.

It is believed that Agriculture Minister Simon Coveney will also take part in this important get-together. The grouping from the IFA will be headed up by president elect Downey and outgoing president John Bryan. Amongst the issues that will be discussed are the extent of Government’s commitment to co fund the next Rural Development Programme (RDP), the detailed implementation of the new Common Agricultural Policy arrangements and the buying policies of the major food retailers in Ireland.

This get-together is taking place in the run up to the IFA’s annual general meeting, which takes place tomorrow in Dublin. The IFA has confirmed to AgriLand that Minister Coveney will speak at tomorrow’s event, which is planned for the farm centre.

Courtesy of today’s meeting , the IFA will put immense pressure on the Taoiseach to commit to the full co-funding of the next RDP. However, the betting money is on the Government to fall slightly short of this amount.

On a separate – yet linked – topic, Minister Coveney has made it clear that the Government is to consider providing additional support to sucker beef farmers.

Speaking at the tail end of last week, he said that that he does not want the Irish beef industry to become a by-product of the dairy sector. He added that further consideration will be given to finding ways of supporting suckler beef farmers moving forward. In so doing, he did not rule out a introducing a top up to the €60 suckler cow headage payment, which was brought in courtesy of the last Budget.

The minister continued: “My job is to spend public money in the most effective way possible. Government is currently working through the detail of the next Rural Development Programme and my aim is to use this in ways that will best meet the needs of the most vulnerable sectors within Irish agriculture.”