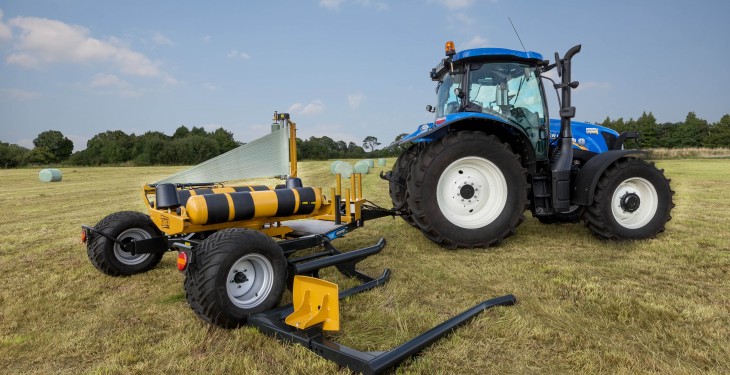 At the National Ploughing Championships last month Tanco launched its new trailed bale wrapper the A150 on to the market.

The new model replaces the 580 series wrapper. Tanco said that two different variations of its new wrapper will be available. The first is the A150J which is operated using a servo Joystick control. The second option is A150EH, which has fully automatic control. Tanco claimed the new wrapper has a stronger and faster loading arm than previous wrappers. It said the machine is lower to the ground that gives it an improved centre of gravity, but still has good ground clearance. Tanco claimed it has eliminated the need for a ramp at the back of the wrapper. This is because once the turntable is at its maximum height, the bale is close to the ground and rolls of gently off without the need for a ramp.

Tanco claimed the new wrappers standard low ground pressure wide gripped tyres allow it to operate in all ground conditions.  According to Tanco, the tyres that are located closer to the rear of the wrapper give it better stability and balance. Another feature of the wrapper is its cut and tie system, which is fully automatic. Tanco claimed that as the turntable lift the cut and tie system automatically closes.