Taking the carbon out of nitrogen fertiliser 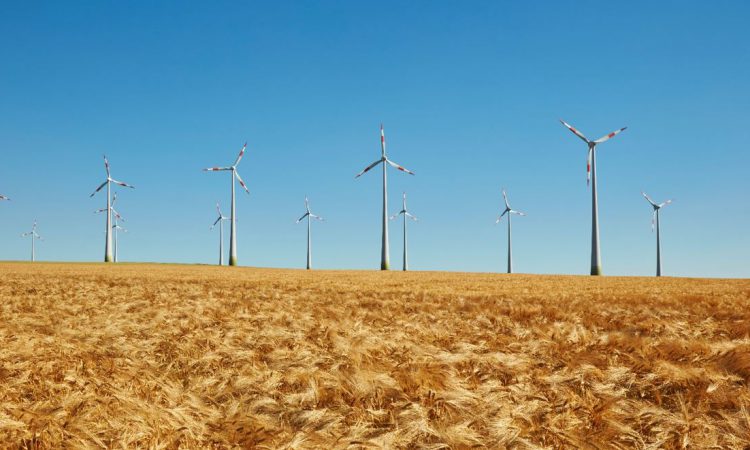 The use of nitrogen (N) on Irish farms is very much in the spotlight, in the recent publication of the Ag Climatise roadmap by the Department of Agriculture, Food and the Marine setting out how we are going to achieve climate neutral agriculture by 2050.

Changing the type of N we use is a major ambition within this roadmap, because of what effect this will have on our national greenhouse gas emissions (GHGE) inventory.

But if we’re a food company interested in calculating the carbon footprint (CFP) or greenhouse gas (GHG) intensity of a food product we sell using an Irish-grown crop or Irish produced milk or meat, then we have to capture all the emissions associated with producing that product.

This will include a number of ‘embedded’ emissions such as those from fertiliser production which are not a concern when calculating a national agriculture GHGE inventory.

So what is the CFP associated with the production of the N fertiliser we use?

To produce N, the first process involves the synthesis of ammonia. Ammonia is produced by extracting N from the air and combining it with hydrogen at high temperatures (Haber process).

The hydrogen can come from natural gas or from other hydrocarbons associated from oil production or even coal. Once formed, the ammonia is combined with other elements, to form a range of N-based products.

GHG emissions from N fertiliser production are mainly from two sources. These are CO2 from the use of fossil energy sources as feedstock and fuel in ammonia synthesis and N2O emitted from nitric acid production.

Nitrate-based fertilisers, such as CAN, are the most common source of N in Europe. Production of CAN releases N2O and CO2. The installation of catalyst abatement technology in Europe has reduced N2O emissions from fertiliser production by as much as 90%.

It’s today part of the “best available techniques” (BAT) for fertiliser production as defined by the EU. Yara plants apply BAT and are rated amongst the most energy efficient in the world.

Where the CFP of CAN production in the 1990s was 8.8kg CO2e/ kg N, it is now 3.6kg CO2e/ kg N. The adaption of non-European nitrate plants with BAT has been slower. This results in most non-European produced CAN having a higher CFP, than European CAN.

GHGE from urea production are made up of CO2 mainly, and has two components. The first is made up of emissions at the factory of production, which equates to 1.9kg CO2 per kg of N. The second component comes from the release of CO2 from urea when it is applied on crops, in a process known as urea hydrolysis.

From an Irish GHGE inventory perspective, the emissions associated with the production of CAN does not add to our national inventory. The emissions from urea are dealt with slightly differently.

The emissions from the production process are accounted for in the inventories of the producing country but the CO2 emissions released when urea is applied on grass or tillage crops in Ireland, has to be counted in our national inventory under agriculture. The 145,000t of urea used in Ireland last year, will have added 106,000t of CO2 onto our agricultural GHGE inventory.

The graph above highlights that European plants have the lowest emissions by region, because they use natural gas as their energy source and have invested in new technologies to lower GHGE from production.

Green ammonia production is the process of making ammonia 100% renewable and carbon-free. Using green hydrogen from water electrolysis and N separated from the air. These are then fed into the Haber process, all powered by renewable electricity.

The cost and availability of this renewable electricity is limiting currently; however, Yara is fortunate that it has a number of plants that have access to developing wind and solar electricity supply, together with existing hydro-electricity capacity in Norway.

It is interesting to note from a national perspective, that urea cannot be made from green ammonia. You require CO2 to produce urea, but with a fossil free process there is no CO2 produced. Nitrate-based fertilisers such as CAN will only be compatible with carbon-free fertiliser production.

It’s Yara’s goal to decarbonise fertiliser production, but it will require significant ongoing investment in R&D and production capacity. It’s interesting to note that when Yara first began producing N fertiliser in Norway, back in 1905, the process was carbon free! The energy source back then was hydro-electricity.

*The CFP data used in this article, was taken from Brentrup et al. 2016. 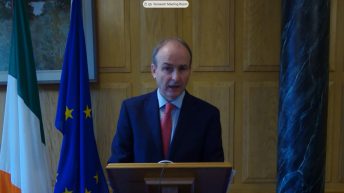 Taoiseach on climate action: ‘Agriculture is entering a decade of change’