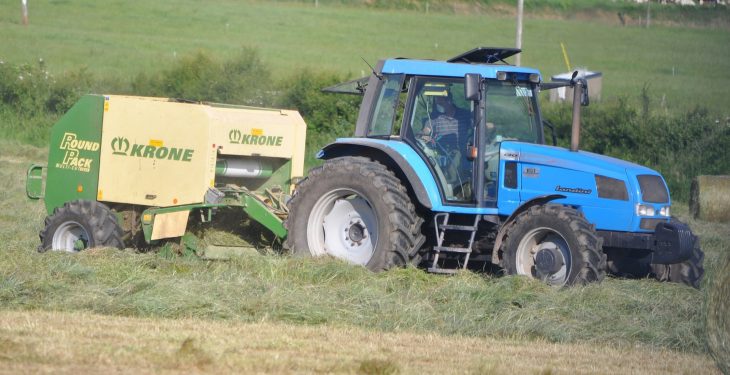 There has been a year-on-year decline in tractor numbers in Ireland, according to updated figures from the Department of Transport, Tourism and Sport.

This slump is in contrast to trends in other vehicle categories over the same period, with private cars, goods vehicles and motorcycles, all recording increases.

Agricultural tractors now make up just over 3% of all ‘mechanically propelled vehicles under current licence’, according to the report.

In terms of overall tractor numbers licensed for the first time in 2016, the figure was 1,934 – down only slightly on the 1,986 newly-licensed in 2015. This is evidence that the downturn in new tractor sales is not to blame for the recent decline in numbers.

In terms of number breakdown by county, Cork had easily the highest amount of tractors (of any type) in the country, with 10,303 tractors at the end of 2016 – almost double the number of the next highest-placed county. 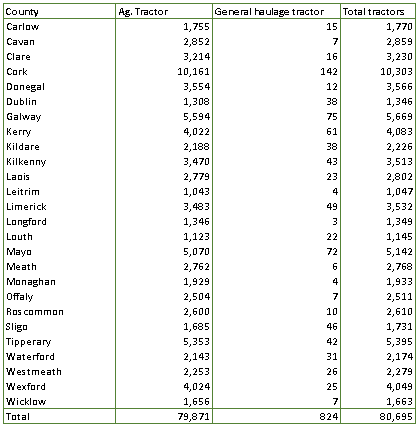 The most popular make of tractor was Massey Ferguson with 18,021 tractors in the country overall. This was followed by John Deere (11,821 tractors) in second, and New Holland (11,664 tractors) in third place.

Interestingly, Ford – with 7,444 tractors – is the fourth most common brand, while Case/David Brown tractors came in fifth with 6,993 tractors.

The rarest make of tractor in the report was the Marshall brand, with just 53 recorded in the country. 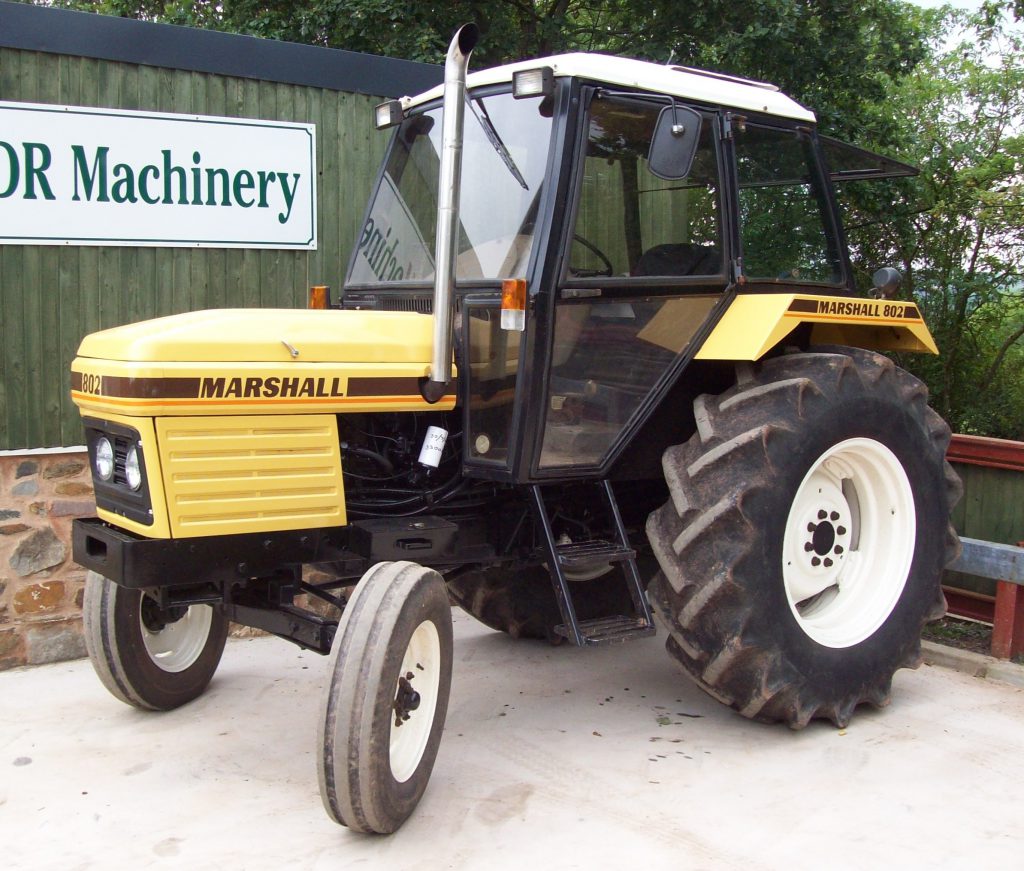 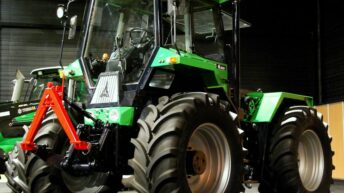