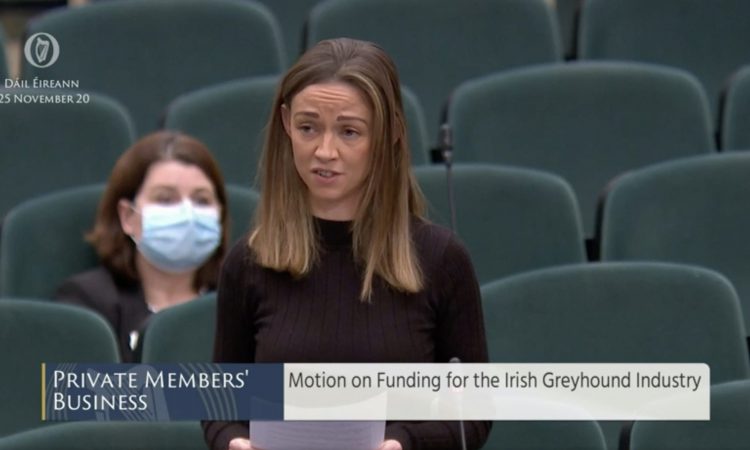 Yesterday morning, the party brought a motion to the Dáil to oppose increased funding for Irish greyhound racing and called on the government to phase out state support for the sector.

In 2021, greyhound racing in Ireland will benefit to the tune of €19.2 million from state funding.

The motion called for the €2.4 million in increased funding earmarked for greyhound racing to be halted. The party also proposed that the government should:

The government amendment, which neutralised the motion, passed with 94 votes in favour, compared to 57 against. This means the Social Democrats’ motion will not progress.

Minister of State James Browne, who moved the amendment yesterday morning, defended the increase in state funding to the industry, saying that the support provided by public funds through investment in the greyhound industry has “enabled Ireland to develop a reputation for excellence in greyhound racing and breeding”.

“Funding of the greyhound industry ensures that the sector achieves its maximum potential and that it contributes to economic, social and cultural development,” he said.

“The activity has a strong regional spread and plays a significant role in the broader economy, specifically that in rural areas. The future of the industry is dependent on a strong governance platform and on the industry having the highest standards of integrity and welfare founded on a strong regulatory system.”

Despite this, the Social Democrats said they will “fight on”.

“There has been a dramatic fall in attendance, sponsors are withdrawing, companies and organisations are choosing not to hold social and charity events in greyhound stadiums,” the Cork South-West TD said.

The industry is rapidly declining – its days are numbered, and rightly so. The industry is a loss-making industry, that is hugely unpopular with the general public.

“Former trainers and owners have not only highlighted issues within the industry, but have expressed no confidence in its capacity to change.

“The ISPCA [Irish Society for the Prevention of Cruelty to Animals] has stopped engaging with the industry because it does not believe [it is] serious about reform.

“The public do not want their money to support this industry anymore.”

‘When public monies are invested, there must be public accountability’

Sinn Féin voted against the government amendment, with deputy Matt Carthy saying that while the party did not support the proposition of funding being phased out by 2025, “no organisation, body or sector can receive tens of millions of euro in public money without expecting public debate on the expenditure of that money”.

“We, in Sinn Féin, support exchequer funding for sectors that bring a benefit to rural economies and communities, including the horse and greyhound sectors. We also believe that with exchequer funding comes responsibility. When public monies are invested, there must be public accountability.”

Rural TDs were opposed to the Social Democrats’ motion, with Tipperary TD Mattie McGrath saying it was “cynical”.

“It is a serious time, with Covid-19 and people on their knees all over the country with the way the economy is. I would love to see a motion being brought forward to support an industry,” he said.

Deputy Richard O’Donoghue added that greyhound racing “is at the heart of rural Ireland”.

“People in this country are entitled to their traditions. We must consider the people who are employed directly or indirectly,” the deputy said.

“We have a minority of people who have no respect for their dogs and they need to be dealt with through the hard rigours of the law. However, we also have great people who are looking after their dogs, walking them and nurturing them.” 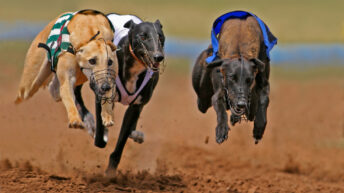