Sligo and Mayo IFA call for Executive Board to resign

Both Sligo and Mayo IFA held meetings on Monday (December 21) and have called for the Executive Board of IFA to resign.

Eddie Davitt of Sligo IFA and the Rural Development Chair for Sligo said it has called for a ‘full clear out’.

At the meeting held at Sally Gardens in Ballisadare, Co. Sligo, Davitt said that members made it ‘very clear’ that they want the board to step down.

“As a former County Chair, I’m very disillusioned with it. The longer the board stays in place, the longer it drags out.

“We want a complete clean out. We want an entirely clean sheet. We’ve nothing against them but for the good of the organisation we need a clear out.

“We need an election for a President and Deputy President on the same day,” he said.

Davitt also said that Sligo IFA wants an individual from outside of IFA to fill the General Secretary position, someone with no links to the organisation.

The longer it’s being dragged out, the longer the election is delayed, the more damage it’s doing.

Mayo IFA has also called for the resignation of the Executive Board.

County Chairman Padraic Joyce said that at it’s meeting on Monday night, where around 100 people attended, Mayo IFA called for the board’s resignation.

He also said that the Con Lucey report was discussed and that the feeling was that the ‘board should have acted before they did act’.

“It (the Con Lucey report) won’t resolve the problems we have at the moment,” he said.

He also said that Mayo IFA has made no decision yet as to whether it will protest with Limerick IFA on January 5. 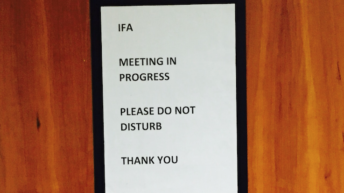 IFA Executive Board under growing pressure to step aside 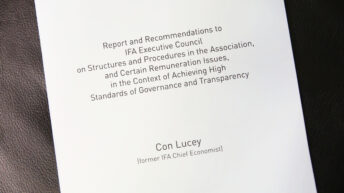