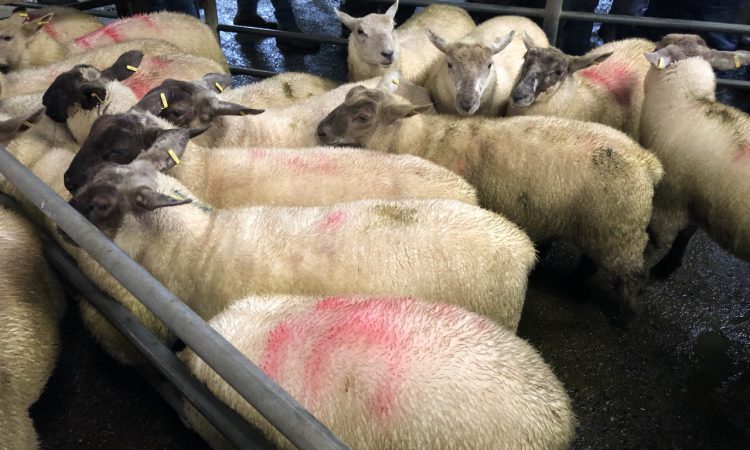 It was another strong week for sheep marts across the country, with prices again for butcher and factory lambs stronger once again.

Prices for lambs in factories increased last Monday and again during the middle of the week and this led to a very strong trade across marts, with factory agents and butchers competing for those heavy, well-fleshed lambs.

As has been widely reported the last few weeks, supplies remain tight for finished lambs and this has led to fierce competition at online/tender sales for well-fleshed lambs.

Butcher lambs continue to sell well in excess of €120/head, with top prices of between €127/head and €132/head being achieved over the past week.

Lambs in the 36-38kg weight bracket have also been selling strongly, with prices of €88/head up to €95/head being achieved for these lambs, with select lots making closer to the €100/head mark.

Going back in the weights again, long-keep lambs are also trading well, with mart managers reporting that factory agents are buying stores and feeding them on themselves.

Also Read: 'Factory agents are buying store lambs for themselves and feeding them on'

Nicely-presented long-keep stores are generally selling from €80-90/head, with ewe lambs in many cases selling that bit stronger. Light mountain-type stores are selling back to €50/head and making up to €65-70/head.

Terry McGovern reported a smaller sale of sheep at Dowra Mart on Friday last (November 13), with 1,220 sheep sold on the day.

However, despite the smaller sale of sheep, the trade was “very strong” with factory lamb prices better by €3-7/head on the previous week.

The general run of prices for factory and butcher lambs ranged from €106/head up to a top call of €128.50/head.

There was a good entry of forward store lambs on the day and these lots sold from €90/head up to €105.50/head.

A small entry of light mountain-type store lambs made from €65/head up to €80/head.

Turning to the cull ewe trade, heavy cull ewes made up to €110/head with feeding ewes selling from €60/head up to €80/head.

Tullow Mart held its weekly sheep sale on Tuesday (November 10). The trade for butcher lambs was very strong, with a top price of €128/head being achieved.

Slightly lighter lambs, in the 41-42kg weight bracket, were met with a flying trade with prices reaching €106-108/head.

Lambs weighing 29kg and less generally made from €70/head up to €82/head, with poorer-quality lots selling below this mark. 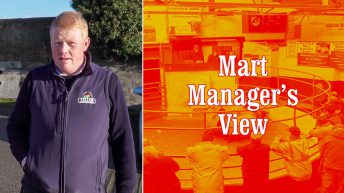