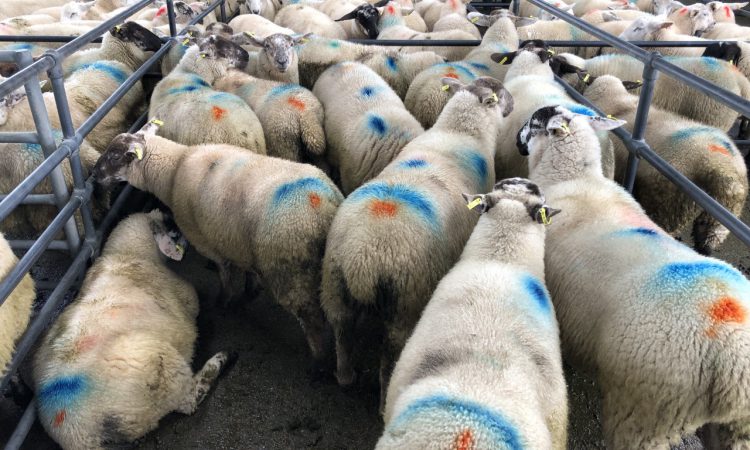 Most mart managers reported that store lambs were a stronger trade once again last week, while there were some reports of a slight drop off in prices of €1-2/head in places. However, farmer interest for stores remains “very strong” all round.

In general, forward store lambs weighing 39-41kg traded from €89/head up to €95/head, with some lots exceeding this price range in places.

In general, butcher lambs traded from €112/head up to €119/head, with select lots breaking past the €120/head mark in places.

Factory-finished lambs sold from €100/head up to €112/head, mainly; however, again, some lots exceeded this price range in places and made up to €115/head.

Cast ewes continue to remain a solid trade and, in the main, heavy ewes made from €100/head up to €130/head.

Feeding ewes generally sold from €50/head for light cull ewes up to the €90-100/head mark for more forward-type store ewes.

Over 3,800 sheep were sold at Dowra Mart on Friday last (August 28). According to the mart manager, Terry McGovern, there was, once again, a strong trade across the board.

Furthermore, lighter store lambs, consisting of both mountain and lowland-types, traded from €60/head up to €80/head.

There was an improved trade on the day, according to the mart manager, Tom Coleman, with both factory and store lambs a stronger trade in comparison to the previous week.

Factory-finished lambs were €3-5/head dearer and prices for these lots ranged from €100/head up to €108/head mainly, with some lots lacking flesh making as far back as €97/head.

Tom reported that lighter lambs were at least €5-7/head stronger than the previous week.

Once again, an improved trade was reported at Roscommon Mart on Wednesday last (August 26). 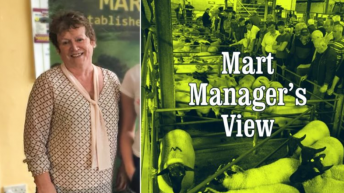