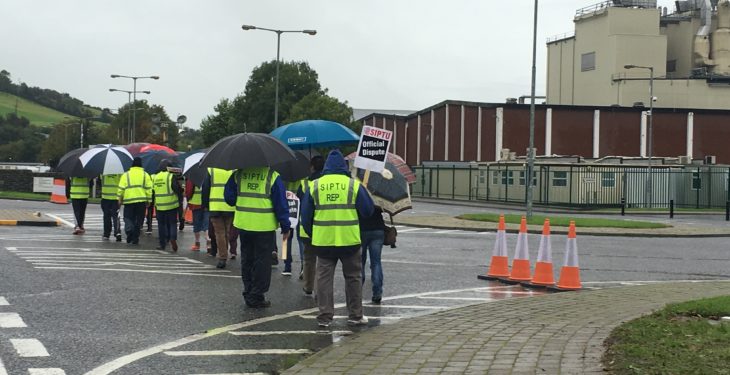 Almost 300 workers at Kerry Group’s Listowel plant are embarking on a second day of strike action in a long-running dispute over pay.

The industrial action commenced at 10:00pm last night and will continue until 10:00pm tonight, as notified to the company.

It is the second 24-hour stoppage in a series of four days of strikes taking place over a four-week period.

The 290 general operatives, represented by trade union SIPTU, are demanding a total pay increase of 14% over the next four years or 3.5% per annum.

The company had agreed to offer the workers a 2.5% pay hike on the back of a recent Workplace Relations Commission (WRC) and Labour Court recommendation, however this offer was rejected by the workers.

Apart from some formal engagement, a spokesman for Kerry Group said: “There has been no direct negotiation between the sides.

“Both sides have set out their position. There were two years of discussion with WRC, and eventually with the Labour Court, that resulted in the recommendation of a 2.5% increase over four years which is above industry norms.

“Reluctantly the company agreed to this but unfortunately, it was rejected by a narrow majority of workers. They subsequently voted for this industrial action.

“We’re available for discussions any time within the context of the Labour Court recommendation,” he said.

The workers believe this figure does not sufficiently compensate them for changes implemented at the plant in recent years, including new computer technology and production systems.

We’ve heard nothing for weeks. The workers believe they have a just cause and they will continue to carry on with their action. 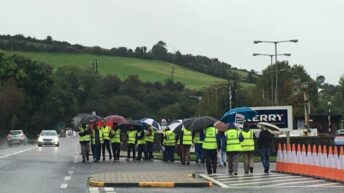