Russian wheat harvest up, prices down 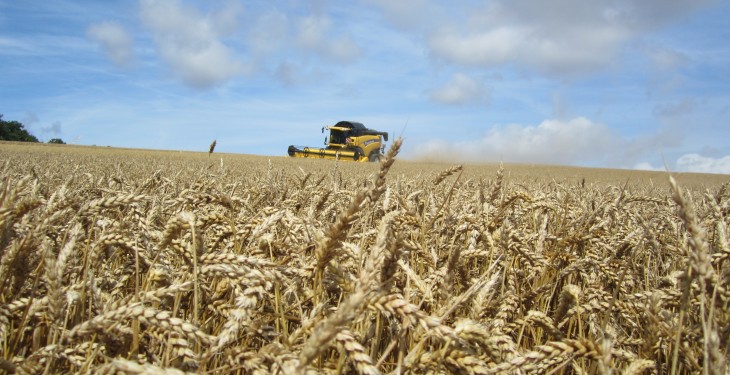 The Russia wheat harvest has finished at 4t/ha, up 22% on 2013, according to Black Earth Farming.
The investment company farms 230,000ha of land in Russia and said that spring barley, spring wheat, spring oilseed rape and peas are still being harvested but yields are currently significantly up on 2013. However, it also reports that wheat and corn prices are down some 15%.

With global crop growing conditions favourable this year, total grain production is expected to be 1,949mn tonnes, only 2% down on the record 2013 crop year. This consecutive large harvest will further relieve the low stocks to useage ratios that have prevailed recently, it says.

Wheat and corn prices have fallen circa 15% year on year, Black Earth Farming CEO Richard Warburton said. He said that Russia has also experienced favourable growing conditions and total cereal production is expected at circa 98m tonnes, a 10% increase on 2013. The wheat crop is estimated at 57m tonnes, 15% up on 2013 although protein levels have been a percent or so lower than prior years, reducing the volumes of quality wheat and driving up premiums. Prices have fallen broadly in line with international markets, he said.

Russian grain prices dropped dramatically in July as the 2014 harvest commenced and market prices adjusted to a new supply and demand balance, the company reported.

2012 respectively. With annual domestic consumption at approximately 65-70 million, this would leave an exportable surplus of over 30 million tons for the 2014/15 marketing year compared to exports of 25 and 16 million tons during the two previous years.”