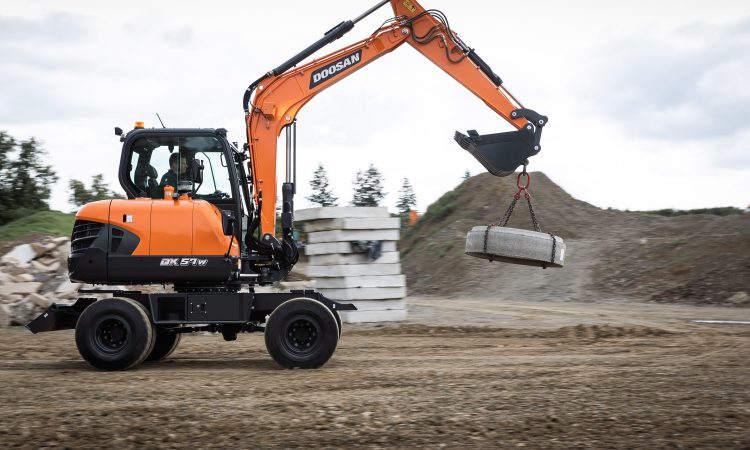 In addition to a new Doosan Stage V engine, the DX57W-7 has other new features, which the Korean company says allow for “increased comfort, convenience and connectivity, whilst maintaining optimum performance, durability and fuel efficiency”.

The DX57W-7 has Doosan’s latest DoosanCONNECT system installed, which provides a telematics management system for the excavator, by collecting data from sensors on the machine.

Other standard features include a stereo system integrated in the gauge panel, with a Bluetooth streaming function, together with a USB charger in the cab. 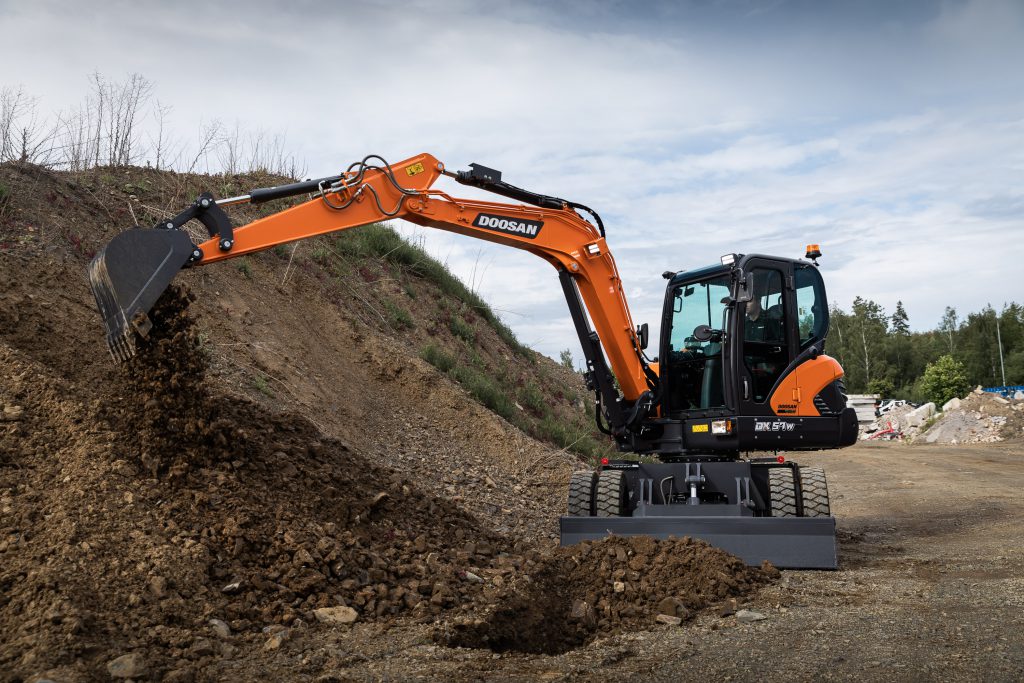 The DX57W-7 also offers options of a new all-round view camera providing 360° views around the machine and ultrasonic detection of obstacles for increased safety in operation. 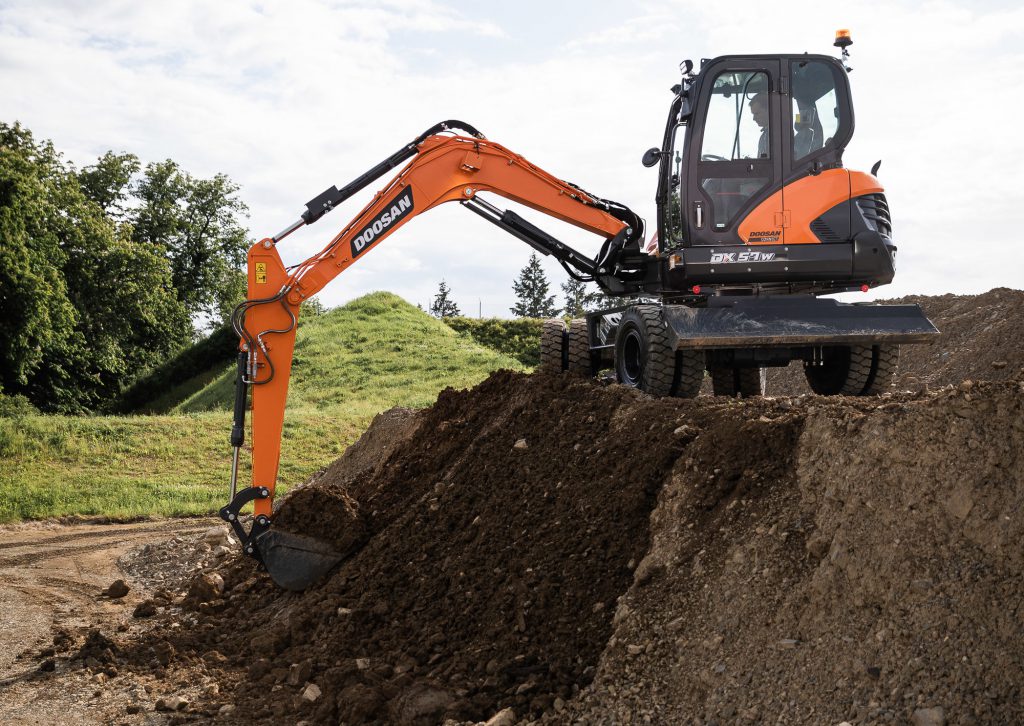 In terms of applications, in addition to the normal trenching and groundwork jobs, Doosan says that the stability and lifting capacity of the DX57W-7 allow the excavator to be used for applications such as truck loading and unloading and moving pipes and materials in the working area.

For operations involving lifting work, the DX57W-7 is equipped with an overload warning device as well as safety valves in the boom and dozer blade hydraulic systems.

The undercarriage consists of a rigid, welded frame, while the routing of hydraulic lines, protection for the transmission and heavy duty axles “make the undercarriage ideal for wheeled excavator applications”, the Korean manufacturer claims. 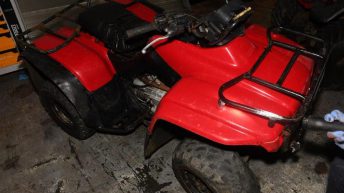