The commencement of a review of the Agriculture Appeals Act, 2001, was announced by the Minister for Agriculture, Food and the Marine, Michael Creed, earlier today.

Speaking on the matter, the minister said: “The Programme for Partnership Government provided for a review of the Agriculture Appeals Act, 2001, to ensure the independence and efficiency of the office in dealing with appeals from farmers.

“In fulfilment of this undertaking, I have established a review committee to carry out the review and furnish its report – to include recommendations as regards the legislation governing and the future operation of the Agriculture Appeals Office to me by the end of this year.

In order to ensure that the review is as comprehensive as possible, consultation will take place with relevant stakeholders.

The Department of Agriculture has announced that written submissions for consideration by the committee may be sent by email to: [email protected].

The closing date for receipt of submissions is 5:30pm on Friday October 6, 2017, the department added.

The review committee will be made up of three members and it will be chaired by the former Secretary General of the Department of Social Protection, Niamh O’Donoghue.

She will be joined on the committee by the former Chairman of Connacht Gold and former President of the Irish Co-operative Organisation Society (ICOS), Padraig Gibbons. The final member is a former Principal Officer at the Department of Agriculture, Food and the Marine, Paud Evans.

Responding to this news, the Irish Farmers’ Association’s (IFA’s) Deputy President, Richard Kennedy, welcomed the announcement of a review of the Agricultural Appeals Office.

He said the review must be meaningful and the outcome will have to comprise an independent chair and farmer representation on the appeals body. Kennedy said farmers expect the new appeals body to be independent.

“This must involve an extension of the yellow card system introduced by EU Commissioner Phil Hogan,” he said

This follows yesterday’s announcement by Minister Creed that Bord Bia has received a funding boost to the tune of €6.745 million to develop export opportunities for food, drink and horticulture companies and producers.

The additional funding will allow Bord Bia to undertake a programme of additional activities to support the food and drink sectors in addressing the market challenges relating to Brexit, according to the minister. 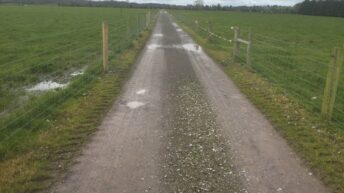