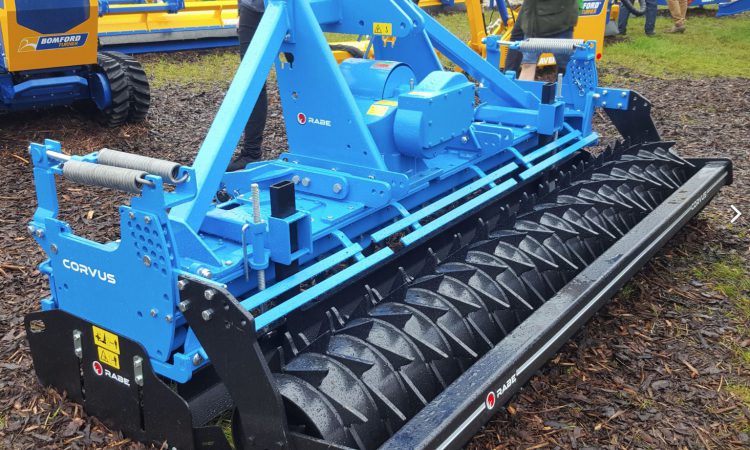 The German machinery brand Rabe, known for soil cultivation and seeding equipment, has been saved from its financial turmoil after finding a new owner.

According to the online farm machinery news website Profi, Rabe’s parent company Gregoire-Besson (a French company) had said earlier this year that it would be closing the Rabe plant in the German town of Bad Essen (in the state of Lower Saxony), following major financial trouble.

Last year, the German company had applied for “bankruptcy in self-administration”. That was not the first time that Rabe had encountered financial difficulties, with Gregoire-Besson originally buying the Bad Essen plant in 2011 following financial problems then as well.

At the end of last month, according to Profi, it emerged that Rabe had received a stay of execution after the brand name and the plant was purchased by the company ZWL Holding, which apparently plans to restart production this month – under the Rabe name.

ZWL Holding is a German-Asian group of investors, linked to an import and export company.

The new owners are looking to diversify Rabe into construction and municipal equipment, as well as the existing range of agricultural equipment.

Last August, Simon Schluchter, a member of the board of directors of Gregoire-Besson, was quoted as saying: “We seek to protect the bankruptcy in self-administration, as part of the Gregoire Besson group, to complete an investor process for the whole group successfully,” according to German online publication Top Agrar.

“Our stated goal is to support the sale of the entire group in an optimal way through our application for insolvency. We see it as the best option for us to get as many jobs as possible and, at the same time, to achieve the best possible creditors’ satisfaction,” Schluchter commented at the time.

He added: “Through the bankruptcy in self-administration, we have now gained time to maintain our business and, as a relevant part of the Gregoire-Besson group, to ensure the continued existence of the Bad Essen location.”

Over 1,000 employees in German meat plant test positive for Covid-19