Minister of State Anne Rabbitte has called for “urgent support” to prevent severe flooding along the River Shannon.

Her call comes following heavy rain in recent days, which have seen water levels along the River Shannon increase to some of the highest this year.

“It is extremely urgent that capacity is made in the Shannon. The latest forecasts for levels on the river show we’re due to hit some of the highest levels we’ve seen this year,” the Galway East TD said.

The image below shows the extent of the flooding in many areas. This picture was taken near Athlone, Co. Westmeath. 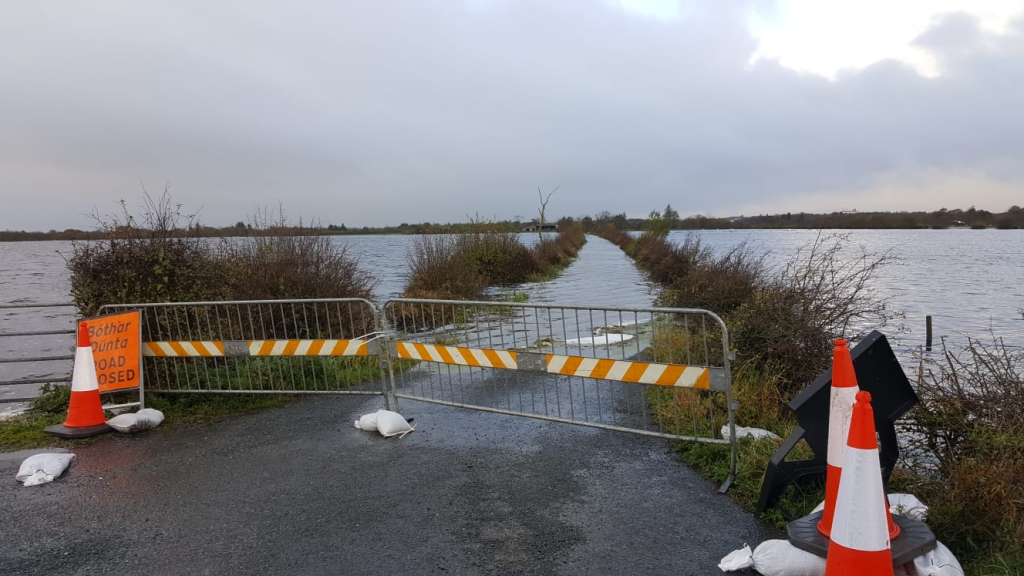 She added: “This is very worrying and needs to be alleviated immediately.”

Minister Rabbitte continued: “We have a small window now to act on this. We’ve been long promised flood relief plans and even when we had a local minister [in the relevant department], nothing was done.”

She called for action before the area sees a “major disaster”, adding that the recent past shows that “this can unravel in a few says”.

The levels of the Shannon could be reduced quite simply if the ESB changed the way it controls the levels associated with Ardnacrusha. There is an easy solution here.

Minister Rabbitte concluded: “I have written to the minster with responsibility for the Office of Public Works [OPW], Patrick O’Donovan, outlining the situation and to ask for an urgent meeting to ensure preventative action is taken so we can avoid major damage in the weeks and months ahead.”

Over €4 million in funding for rural communities

In other rural news, Minister for Rural and Community Development Heather Humphreys yesterday (Monday, November 2) announced details of over €4.1 million in funding to support 115 projects in rural communities under the 2020 CLÁR (Ceantair Laga Árd-Riachtanais) programme.

This funding is aimed at supporting the provision of safety measures around schools and community facilities, as well as the development of community recreation areas.

Over €4 million in funding for rural communities