Quads and trailer stolen from dealership 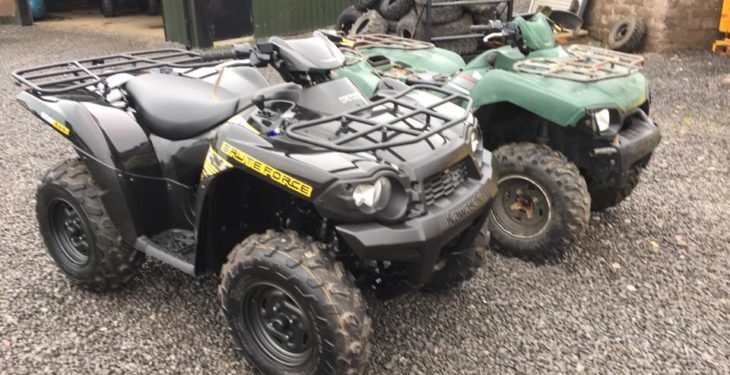 Two quads and a trailer were stolen from a UTV (utility transport vehicle) dealership over the weekend in Co. Fermanagh.

The UTVs in question are both Kawasaki KVF650 models, one coloured black and one a dark green – as can be seen in the photographs. The trailer is a Logic single axle aluminium trailer (approximately 8ft x 4ft). The machinery was taken from the yard of the dealership in question, Keys Quads.

The vehicles were taken at some point between 12:30am and 8:00am last Saturday morning (October 7). Judging by surrounding CCTV footage, it is believed that the machinery was most likely stolen between 5:00am and 6:00am.

The victim of the robbery, Keys Quads, is offering a cash reward of £2,000 for any information leading to the return of the property. 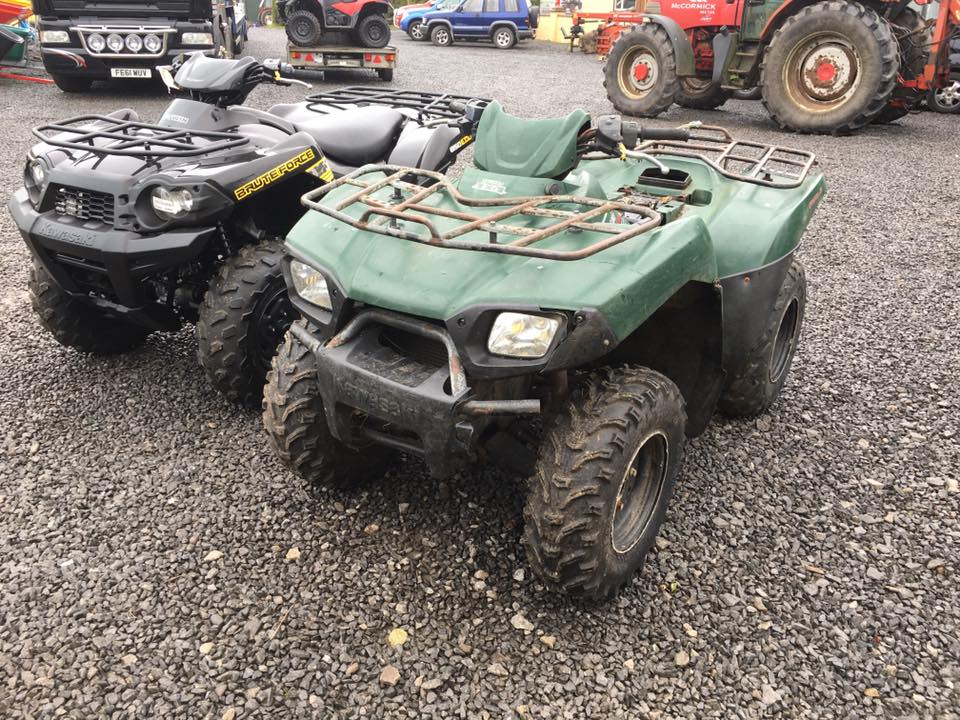 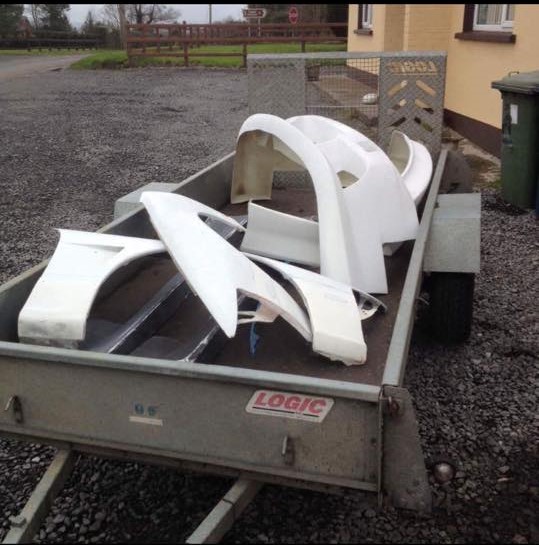 In news of other rural crime, Gardai are appealing for information after a green metal display plough was stolen from a rural village in Co. Offaly.

The famous plough, which was welded into the ground at Moore’s Cross in Walsh Island for more than a decade, belongs to the local Tidy Towns group.

It is understood that the plough was removed last Tuesday night (October 3).

Speaking on RTE Radio 1, Madeline Flint of the Walsh Island Development Group appealed for information about the community’s treasured heirloom.

“The plough would have been seen on TV years and years ago with a horse pulling it through the field. It was restored and painted and put at the entrance of the village where it has been for 10 or 15 years.

We had it concreted into the ground with a metal bar going through it and we really looked after it. We were very proud of it but unfortunately it has been taken.

The group is urging people to be vigilant that the plough may be used as an ornament, sold for metal or sold at a market.