Putting ‘balance back in the system’ with a Fleckvieh focus 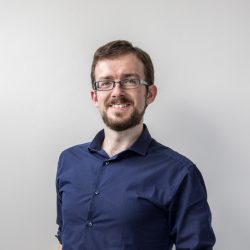 Putting ‘balance back in the system’ with a Fleckvieh focus

There has been a “huge increase” in demand for Fleckvieh cows over the last 12 months, according to dairy farmer and director of Celtic Sires Gerard Brickley.

Speaking to AgriLand, Gerard – who runs a dairy farm with his wife Angela in Coolrain, Co. Laois – explained: “It’s mainly driven by the calf value.

“We see people this year who have both Friesian and Fleckvieh calves, crossbreds, going into the mart and what we’re hearing back broadly, at two weeks old.

“It’s a great shot in the arm at a time of the year when dairy farms are quite tight for money.

“We don’t think this is the reason that people will stay with the breed in the long term but it is a key reason they’re moving to it at the moment,” he added.

When asked about the key benefits of the breed, Gerard explained that they are physically a stronger, more robust cow – which “translates into less veterinary bills one way or another”, along with the obvious higher calf and cull cow values.

One of the key benefits that Gerard highlighted was the efficiency of the breed, from both a beef and dairy production standpoint.

“You have tremendous raw materials coming into the beef herd,” he said.

“But, from a dairy farmer point of view, it also makes perfect sense in that it’s a much more balanced income.

“You have the same volume or more of milk – and yet you have extra income from the beef side of it as well and the extra strength of the cow helps to reduce other costs.”

Quizzed on the dairy side of things, the farmer said: “In an Irish context, I would put them somewhere more than midway between a British Friesian and a Holstein Friesian, just purely looking at milk production or volumes of milk.

“Solids at a national level are 0.1% better for both fat and protein, so that’s nothing of note.

“But, if you take Austria – which has a different feeding system – their national average for all milk recording cows is 7,800L, which is miles ahead of where we are in Ireland.

“Also, there’s a much higher level of milk recording there than here.

“The production ability, admittedly with a better feeding system, is way higher than what we’re used to here,” he asserted.

Turning to the fertility and maintenance point of view, Gerard said he found both to be very good, explaining:

“If you take a peak yield for a Fleckvieh you multiply it by 240 to get their 305-day average compared to what we would normally have taken at 220.

“So that means that they are not under as much negative energy balance in the first two or three months – and that helps everything.

“It keeps them in better condition, it helps their fertility, it causes less stress on their legs; everything. I really think that’s a key strength that the breed has,” Gerard said.

Asked about calving difficulty, the farmer said: “When people are starting out for the first time trying Fleckvieh we always recommend that they try the easiest calving bulls for the first year until they see how they’re working in the herd, and then you can gradually work to the more average ones.

“I would say as a breed they are slightly easier calving than the Irish Simmental but we have some extremely easy-calving bulls in AI as well.”

“When we got interested first in the Fleckvieh we asked the Austrians about distributing their semen here, so we have secured the semen distribution rights for all Austrian Fleckvieh semen coming into Ireland.

We set up a small depot, got a Department of Agriculture licencing for it, and we deliver it direct to DIY and out to technicians through the main AI companies as well.

“We only focus on Fleckvieh; we’re just specialists on Fleckvieh – we don’t deal with other breeds,” he added.

“For the last five or six years, we’re the only ones who have been actively trying to educate and promote rather than just sell Fleckvieh.

The Brickleys have exhibited at “the Ploughing”, produced literature and leaflets and even run biannual study tours to Austria to help educate on the breed.

“We’re also involved in importing breeding stock as well, but the main focus is the dairy farm at home and then the semen business.”

“I think there’s a definite change, particularly in the last 12 months in the level of interest in them.

“It’s a fundamental change in mentality in Irish dairying if you change away from the last 50 years – we have all been focused on a single-purpose dairy animal; an ‘extreme’ dairy animal.

“Central Europe has always gone with their dual-purpose type animal; primarily for milk production but always keeping the strong physical traits there – and I really think it’s time that we need to look at it again.

“It’s all down to economics in the end and it makes sense from that angle. It’s putting balance back into the system,” Gerard concluded.

Sylvester Phelan holds a Masters of Science degree in Sustainable Agriculture and Rural Development from UCD as well as an Honours Bachelor of Arts degree in English and history (also from UCD), and the Green Cert. He is from a dairy farm in Co. Laois, where he works on the weekends.