Kent needs to deliver real change for the suckler sector 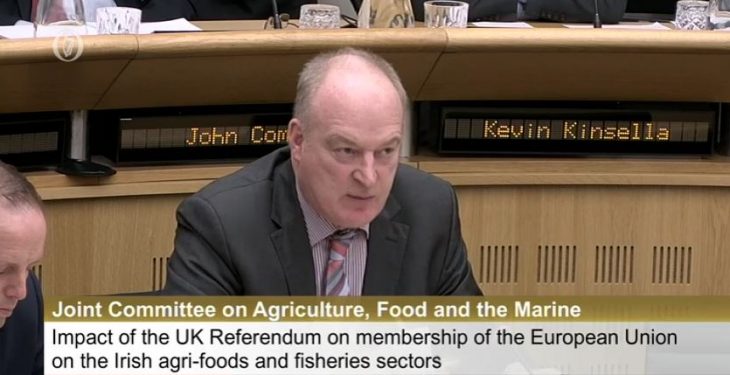 Congratulations to Patrick Kent on his re-election as president of the Irish Cattle and Sheep Farmers’ Association (ICSA).

Over the past number of years he has added significantly to the debate that has evolved within Ireland’s livestock sector.

His outside-the-box thinking and ability to call matters as he sees them has been a breath of fresh air. And we need more of this during the years ahead.

The advent of the internet and social media has provided a wide range of stakeholder groups within Irish agriculture with meaningful platforms to allow them espouse policies and a point of view which need to be heard.

So there is now every opportunity for Kent, and ICSA as a whole, to communicate with the farming industry and the public at large.

The real trick, though, is coming up with policies that have real meaning and which will resonate with decision-makers from Dublin to Brussels and beyond.

Looking ahead, I think sheep will do pretty well out of future CAP deals. They are equally adaptable in both lowland and upland scenarios while, at the same time, ticking every environment-related and conservation box known to man.

Advertisement
Maintaining a viable suckler cow population in Ireland, though, is another day’s work altogether.

The sector continues to shrink as increasing numbers of suckler-beef men convert to dairy or simply get out of beef cows altogether.

It’s crucial that Ireland gets a Common Agricultural Policy (CAP) reform deal next time around that, to all intents and purposes, puts the suckler sector on life support.

Kent has long espoused the view that suckler cows constitute the cornerstone of Ireland’s quality beef industry. And he’s right.

The challenge now is that of getting this priority reflected in policies that will have real meaning and purpose for suckler farmers on the ground.

This, I would suggest, is the issue that should be uppermost in Kent’s mind over the coming months. I know that the idea of introducing some form of bespoke headage payment for suckler cows has been bandied about by a number of organisations over recent times.

I think this idea has real traction, moving forward. But if Kent and his ICSA team can either tweak this or add to it, now is the time to have such ideas put out into the public domain.

EU Commissioner for Agriculture and Rural Development Phil Hogan is promising much more flexibility when it comes to the delivery of CAP post 2020. Surely, this is the hook on which the ICSA team can hang real policy change for Ireland’s suckler industry.