A farmer in Co. Kerry has condemned the ‘dirty, low-down’ theft of 26 hoggets from the Mangerton Mountain near Kilgarvan.

The Gardai have been notified and the farmer is willing to offer a €2,000 reward for any information leading to the retrieval of the missing hoggets.

Dermot and Gerard Donovan noticed the sheep had been stolen on Wednesday, April 12; having only put the hoggets up on the mountain on Monday, April 10, at 3:30pm.

No other sheep were believed to be up on the mountain, which is part of a commonage, at the time.

A total of 30 Scotch and Texel cross hoggets were placed on the mountain on Monday; but when the farmers went to check on them on Wednesday only four remained. The missing hoggets have similar markings to the ones shown in the photo. The most prominent of these is a blue ‘M’ on their side, as well as a blue and green mark. 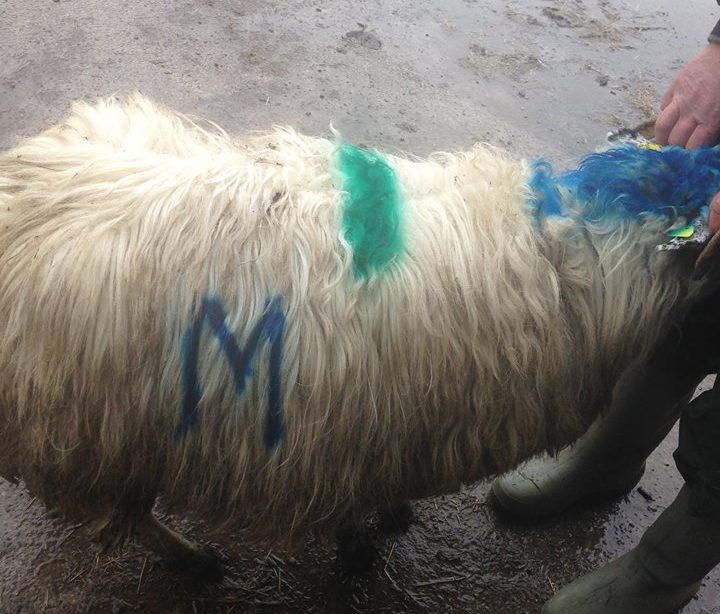 A key factor to identifying the hogget ewes is that there is a punch mark on the left ear of all 26 hoggets, as shown in the photo.

This is not the first time that the Donovans have been the victim of livestock theft. In 1994, 18 ewes were taken from the very same location, Dermot told Agriland. 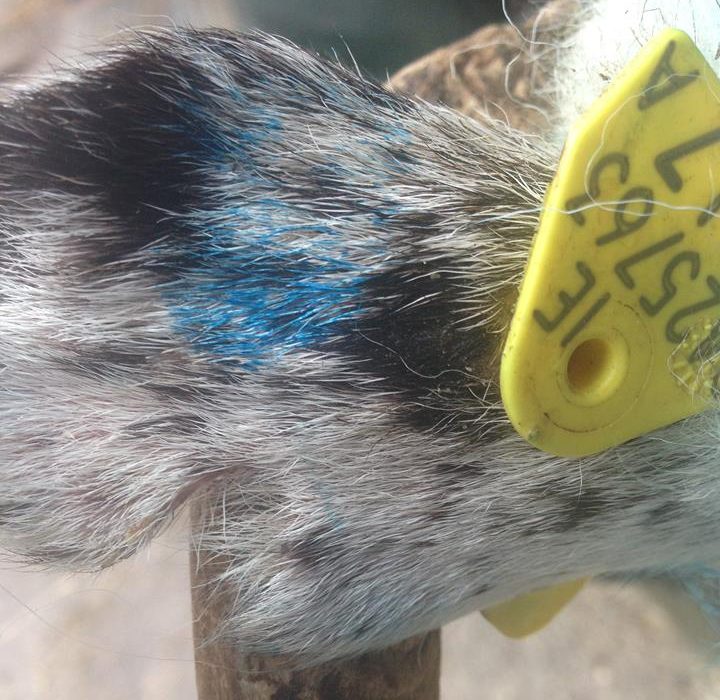 The stolen hoggets have notches in their ears

“To steal animals is a dirty, low-down criminal act. Those hoggets were born and bred on our farm. We reared them, sheared them and dipped them.

“This is a setback. It has affected the whole family,” Dermot said.

“I could walk those hoggets along the main road of Killarney on a quiet night with my dog; they would stick together in a bunch.

“It takes time for the ewes to go wild on the mountain; they had only been up there for around 36 hours,” he added.

A person will get nowhere in life through criminality, according to Dermot.

We try our best. We work hard and keep the bills paid. We never leave anyone without money. You will get on great in life if your honest.

This news comes after two other farmer in Co. Kerry reported sheep stolen from Mount Brandon earlier this week.

A reward has been offered for anyone with information leading to the the recovery of the animals.