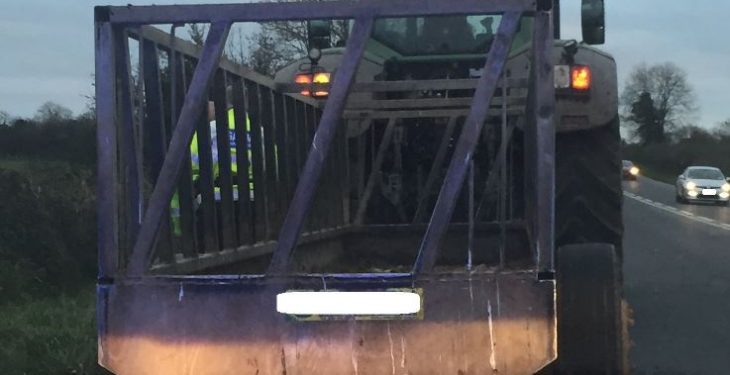 A tractor driver was recently issued with a fine of €80 and received three penalty points on their licence for holding a mobile phone while driving.

The tractor driver, who was towing a cattle feeder at the time, was pulled in by a Garda traffic unit on patrol in Co. Meath, who issued the driver with the fixed charge penalty notice.

The Gardai had no further issues with the trailer being towed or the tractor itself.

Meanwhile, last weekend Garda in the Co. Dublin area stopped a driver of a Toyota Landcruiser jeep due to a number of issues with the trailer being towed.

The Gardai pulled the driver over for having no lights on the flatbed trailer they were towing, which had just two reflector jackets tied to the rear of the trailer.

On inspection the driver hadn’t the correct licence to be towing the trailer, while there was also no breakaway cable fitted to the hitch of the trailer.

A tow truck was then called to recover the trailer.

Rules For Towing A Trailer On The Road

According to the Road Safety Authority (RSA), that all agricultural trailers and interchangeable towed equipment must be equipped with side lamps, rear lamps, stop lamps, direction indicators and identification mark lighting.

These trailers must also be fitted with a marker light on the right hand side if the overall combination length exceeds 10m.

Drivers with a category B driving licence are allowed to to drive a car, van or 4X4 which the maximum weight does not exceed 3,500kg.

Holders of a B licence can tow trailers weighing less than 750kg, but if the trailer weight exceeds 750kg the combined maximum weight of the towing vehicle and the trailer must not exceed 3,500kg.

A category BE driving licence must be obtained to allow a driver tow a trailer where the combined maximum weight of the towing vehicle and trailer is greater than 3,500kg.

The maximum speed limit for a vehicle towing a trailer on any road is 80km/h, while trailers should be fitted with a chain or wire rope in case of a breakaway. 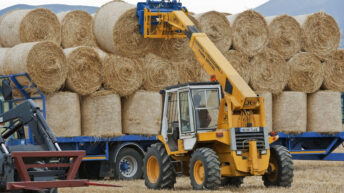 Here’s the official rules for transporting bales on the road 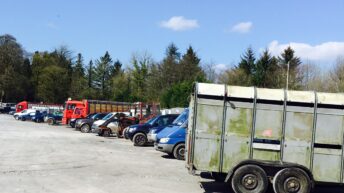