Pat O’Neill to stand in the Carlow/Kilkenny by-election 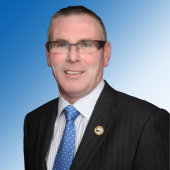 Fine Gael Senator Pat O’Neill has confirmed his candidature for next Spring’s Carlow/Kilkenny by-election. The Bennettsbridge man, who runs a suckler beef and tillage farm, has also indicated strongly that agriculture will be a key policy platform for him moving forward.

“We need to see the introduction of a Base Price for producers, one which takes full account of the fast increasing input costs impacting on all farm businesses at the present time,” he told Agriland.

“And if we have to take this matter to Europe, so be it. The reality is that tillage farmers are receiving 1984 prices for grain at the present time. Yet they had to pay 2014 prices for all the inputs used.”

Commenting on the outcome of yesterday’s Budget, Senator O’Neill said:

“Farming is our largest indigenous industry with an annual turnover of about €26 billion and 170,000 employees. The measures announced by Minister Noonan today will increase access to land and make it more productive. The Budget is designed to create a more productive farming sector which is designed to meet the challenges of farming in the 21st Century.

“To increase access to land, and ensure the more productive use of land, Budget 2015 includes a comprehensive package of five new measures:

•        An increase in income thresholds for relief from leasing income by 50%.

•        The introduction of a fourth threshold for lease periods of 15 or more years.

“Furthermore the measures will assist in succession and farm transfer which will be of benefit younger farmers as well as older farmers looking for an income in retirement. An estimated 50% of farmers over 50 do not have an identified successor for their farm. The age profile of farmers is increasing and this Budget will greatly help younger farmers to get access to land to farm.

“To assist succession and the transfer of farms, Budget 2015 includes four new measures:

·  A targeting of Agricultural Relief from Capital Acquisitions Tax to qualified or full-time farmers or to those who lease land out on a long-term basis.

·  For transfers under Retirement Relief, extension of the eligible letting period of a qualifying asset to 25 years.

·  For transfers other than to a child under Retirement Relief, as a once-off measure until the end of 2016, allow conacre lettings as eligible.

·  The extension of Stamp Duty Consanguinity Relief, i.e. relief to related persons, on non-residential transfers to the end of 2017.

“In order to support beef farmers, who have had a difficult year, a total package of €74 million is being provided for the beef sector in 2015. Last year’s budget introduced a new Beef Genomics Scheme and this will be enhanced in order to deliver a payment per animal of €100 for the first ten animals, with the remaining animals being eligible for an €80 payment per animal in participating herds, once approved as part of the new RDP. A further €9 million is available to fund the Beef Data Programme and €6 million has been allocated in 2015 to assist farmer participation in the Beef Quality Assurance Scheme.”