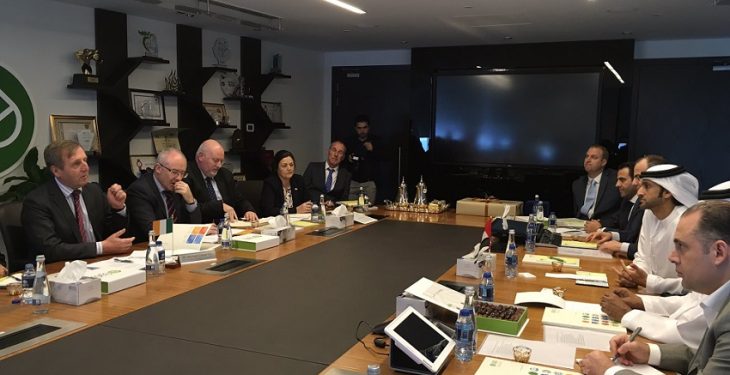 The big news to come out of this week’s ministerial-led trade mission to the Middle East was enhanced access for Irish beef to Saudi Arabia and the ban on sheepmeat being lifted.

The Minister for Agriculture, Food and the Marine, Michael Creed, has said that these outcomes are not the only measure of success that should be taken from the trade mission.

“There was a lot packed into this week’s trade mission and that is as it should be,” he said.

“We started in Saudi Arabia, where we had very successful outcomes in terms of beef, but that’s not the only measurement that should be used.

“To use a farming analogy, we harvested on the beef side but we were at various different stages in other projects.”

That included talking to different state regulators, opening doors for Irish agri-food and ag-tech companies to do business with their equivalents out here.

“I’ve no doubt that the overall ambition of the agri-food industry is to grow in the next few years and a very significant part of that will be here [in the Middle East].”

The Minister said that this growth will be in the agri-food space, but also in the ag-tech space.

“That’s where we’ve had a lot of concentration. I think as well, there’s going to be a refocusing of efforts across what might be described as the mature European markets and the northern European markets.

“In fact, I’m going to Germany on St Patrick’s week, doing some programmes there with Bord Bia, while also doing some bilateral meetings on the Brexit issue with colleagues.

“Anywhere we can sell to is important. In many respects, what the Department does and the agencies do is facilitate the opening of markets.

“Business then decides where is the best level of profit for them – where can they do long-term, secure business and they make those commercial decisions.”

On the US market, Minister Creed said that he deliberately didn’t put a figure on the beef-for-grinding access, because it’s an issue for the industry itself.

“I know that a number of companies have been working through the protocols to start that now.

“I suppose in the bigger picture, we’d be slightly concerned about noises that we hear coming from the US in terms of their trading relationship with the European Union. But that’s at an early stage. 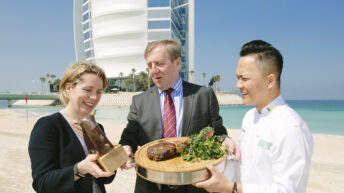