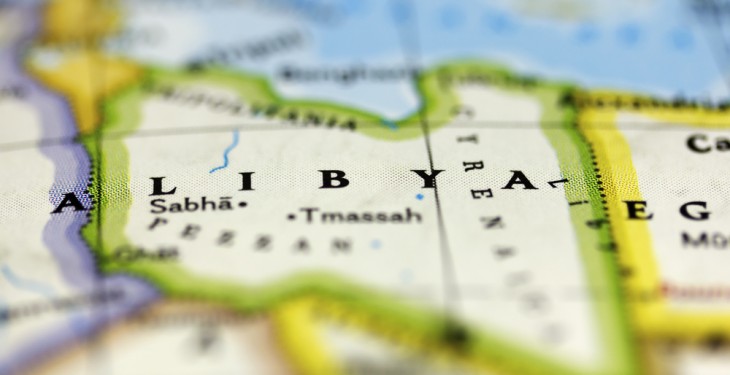 STATE  RECORDS: An economic mission to trade Irish cattle and beef for crude Libyan oil was outlined in confidential records released by the Department of Foreign Affairs this week.

The trade mission in 1982, headed up by the then Minister for Agriculture Brian Lenihan, included high-profile businesspeople such as Larry Goodman of Anglo Irish Meats and Peter Evans of the Irish National Petroleum Corporation. The delegation also included the CEO of Coras Beostoic agus Feola, the Meat and Livestock Board.

Records stated the level of trade in live and dead meat between the two countries reached a record-breaking €120m from 1980 to 1982. They show the Irish delegation wanted to increase its volume of dead meat supplied to Jamahirya. In return the Libyans wanted Ireland to buy its crude oil among other requests.

State records reveal tense meetings got under way in Jamahiriya during the trade mission.

“Indications were that Libya was anxious to match these purchases with purchases by Ireland of Libyan crude oil,” an official from the Department of Foreign Affairs outlined in documents.

State records show the Irish National Petroleum Corporation and the Irish Department of Industry and Energy felt that direct crude oil imports would be difficult to arrange because of “existing commitments with Saudi Arabia and the British National Oil Company and the fact that Libyan crude oil was generally unsuitable for refinery”.

Department of Industry and Energy officials felt they at most could agree a once-off 100,000 tonnes of Libyan crude oil and then only at a discount.

During the visit, it was also agreed that surgical and medical training of Libyan graduates would be reviewed between the Medical Boards of Jervis Street Hospital and Richmond Hospital in Dublin.

Libyan officials were also keen to stress that substantial Irish contracts with its Department of Water were being finalised and the design of its first polytechnical college in Jamahiriya was being awarded to an Irish design consultant.

Both sides also discussed training and education co-operation, particular in the areas of irrigation, ground water investigations and drilling of deep water wells.

The confidential records were released this week.