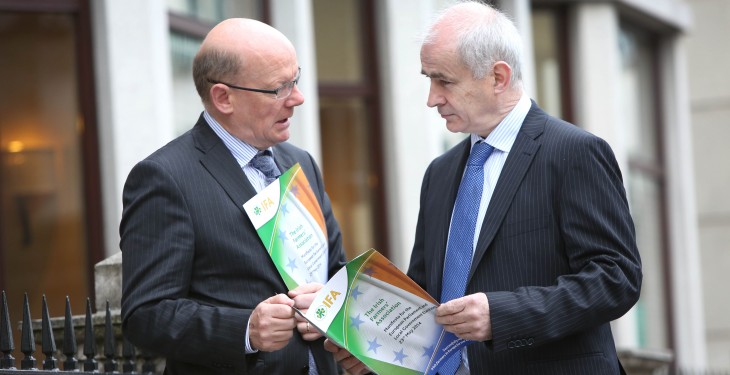 The Fianna Fail spokesman on agriculture Eamon O Cuiv has called on the IFA to make known the remuneration package of its General Secretary to its members.

Speaking to Agriland, O Cuiv said ordinary members of the IFA are entitled to know what they are paying the senior executives in the organisation.

“I am very surprised that any organisation with a large membership is refusing to declare the salary and remuneration packages of its top people, particularly as the funding comes from those members.”

I do think that, in view of the issues we had previously in Rehab, it might become necessary for us to introduce legislation that would make it imperative for the salaries of a certain scale in voluntary organisations to be made known to membership.

He said that he was also very surprised at the attitude being taken by the IFA as “it only feeds the rumour machine”.

He also said that with such large scale public bodies it is his view that those paid salaries in the region of €30,000 or €40,000 should not have to declare their salaries but the very high-end remuneration packages should be made known.

“It would avoid a lot of guessing and protect people. I think it is a great protection to have your salary known to the public.”

O Cuiv’s stance comes as the IFA continues to be under pressure to declare the remuneration package of its General Secretary Pat Smith.

Smith’s remuneration package was highlighted last week by Derek Deane, who said the IFA is jeopardising the confidence of its large membership base by not being transparent about senior personnel remuneration.

The IFA has remained resolute in its stance that the remuneration of the General Secretary was dealt with by a specific audit committee.

However, the audit committee itself came under the spotlight last year when the former IFA Economist Con Lucey, who had been Chairman of the committee, resigned from it.

However, IFA President Eddie Downey said politicians, more than any other group, should respect the democratic decisions taken and procedures adopted by a representative organisation such as those made by the governing body of IFA.

He said the issue of the Remuneration Committee and the General Secretary’s pay has been discussed in detail and carefully considered by our Association’s elected Executive Council members.