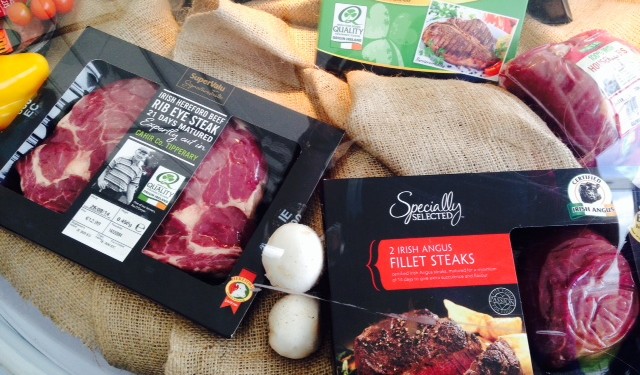 The Northern Ireland Retail Consortium (NIRC) is not prepared to change its policies at the moment in relation to beef labelling and mixed origin beef in particular.

Aodhan Connolly, Director, NIRC said the group has not rejected the possibility of using the label outright but for the time being its members in Northern Ireland do not need to source cattle from the Republic of Ireland.

“Our message to both Ministers Michelle O’Neill and Simon Coveney is that we have not closed the door at the moment. We can source the beef that we require in Northern Ireland.”

However, he said this is not a recent decision around supply chains, although the horsemeat scandal put increased pressure on its members to keep the supply chain short and clear.

Recently, the Minister for Agriculture, Food and the Marine Simon Coveney said that he recently met with Minister O’Neill and the Northern Ireland Retail Consortium (NIRC) in Dublin to explore the labelling issue further.

He said the NIRC advised him that its members have considered the mixed label issue in some detail and have concluded that for the moment they are not prepared to change their labelling policies. He said the NIRC has, however, agreed to keep the matter under review and he will continue to engage with them in this regard.

Minister Coveney said there is a commercial preference at UK retail level, reflecting consumer preference there, for a simple origin labelling process bearing the name of a single EU member state only.

“It must be recognised that this commercial purchasing strategy has facilitated the sale in major UK retail outlets of large quantities of beef from cattle born, reared and slaughtered in Ireland. However, it adversely affects the market for beef from cattle of ‘mixed origin’ such as those traditionally exported to Northern Ireland for fattening and slaughter.”

The Minister said he has been pro-active in supporting this traditional trade and have met on a number of occasions with my counterpart in Northern Ireland, Minister Michelle O’Neill MLA. “We have also written jointly to the three UK retailers which currently stock Irish beef i.e. Tesco, Asda and Sainsburys asking them to consider the new mixed label for animals born reared or slaughtered in both jurisdictions on the island.”

According to the Minister at this stage the voluntary label has been approved by the authorities in Northern Ireland. However, he said the question of using such a label is now a commercial matter between processors and retailers in Northern Ireland and elsewhere in the UK.