French farmers spread manure on the streets during protest 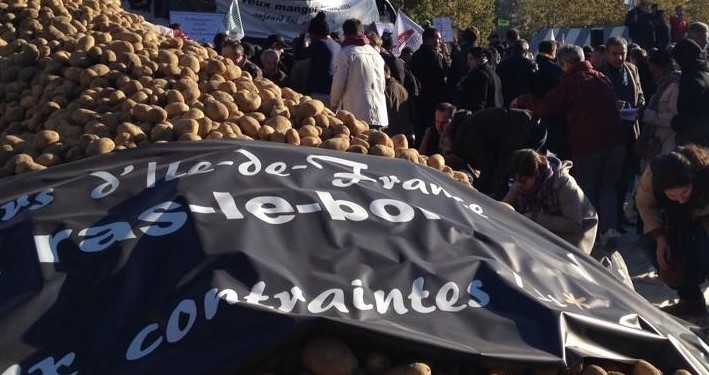 French farmers staged what they called a ‘Grand Mobilisation’ today protesting across France due to poor prices for their produce.

Hundreds of tonnes of manure and rotten vegetables were dumped on the streets by angry farmers in a major day of protest. The protest was organised by members of the French Farmers Union (FNSEA) and the Young Farmers Union (YA).

Xavier Beulin, FNSEA President said the action was carried out throughout the country to seek effective solutions against the current crisis farmers are still waiting for concrete action by the government.