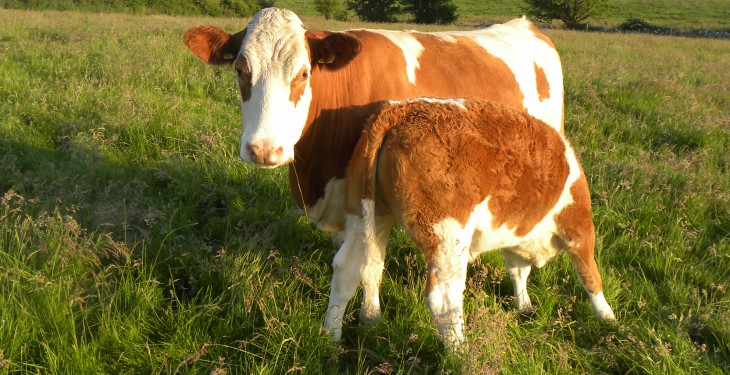 The Northern Ireland suckler herd is on the decline and that decline is likely to speed up according to an EBLEX analysis of latest official data in the region.

Total cattle numbers in Northern Ireland have fallen by 1% to 1.57 million head, according to preliminary results of the June survey published by the Department of Agriculture and Rural Development (DARD).

It says the changes reflect the contrasting economic situation experienced by the two sectors in the past 12 months. While relatively strong farm gate prices have encouraged expansion in the dairy sector, tighter margins have discouraged suckler beef producers from doing so.

EBLEX highlight that the prospect of a declining breeding herd clearly has implications for beef production in the future.

The number of cattle recorded to be over two-years-of-age was up 15% on June 2013. This increase is entirely as a result of an increased number of cattle for imminent slaughter on the ground, males are up 13% and females up 20%.
EBLEX outline that it is likely that these cattle will come forward towards the end of the year and into the first quarter of 2015. Giving further evidence to the difficulties faced by producers, the number of females kept for breeding of this age declined by one per cent.

The number of cattle aged between one and two years declined by 4%, compared with June 2013. While the male count was back 8%, there was a 2% rise in the number of female cattle for slaughter in the same age group. Again, the number of females kept for breeding of this age was lower than a year earlier.

EBLEX says the census also indicated that the number of cattle under one year of age was back on the year further contributing to the indications for lower beef production in Northern Ireland in the medium term.