There are no plans on the horizon to re-open the Early Retirement Scheme, the Minister for Agriculture, Food and the Marine, Michael Creed, has confirmed.

The minister made the remarks in response to a recent parliamentary question from Fianna Fail TD Eamon Scanlon.

Originally introduced in June 2007, the scheme was one of the measures in Ireland’s Rural Development Programme 2007-2013.

Farmers who retired early under the scheme could have been eligible for a pension of up to €15,000/year for up to 10 years. The scheme also provided a pension for retiring farm workers, in certain circumstances.

It was co-funded under the European Agricultural Fund for Rural Development (EAFRD).

Commenting on the prospects of reopening the scheme, Minister Creed said: “The Early Retirement Scheme was suspended in 2008. It was reopened briefly in September 2009, with limited additional funding, to accommodate farmers who had applications completed or close to completion at the time of suspension.

I can confirm that, as there is no funding available for a new Early Retirement Scheme at this time, I have no plans to re-open this scheme or introduce another similar scheme.

“In recent years the priority of my department has shifted to the encouragement of generational change for farmers,” he said.

There is a number of supports specifically available for young farmers under schemes run by the department in order to incentivise this generational renewal, the minister added.

“For example, under the 2014-2020 Rural Development Programme, there is an enhanced capital investment scheme for young trained farmers.

“This new scheme provides grant-aid at a rate of 60% of the cost of the investment, compared to the standard grant rate of 40%, and I believe it is an important support and encouragement to young farmers starting in agriculture for the first time,” Minister Creed concluded. 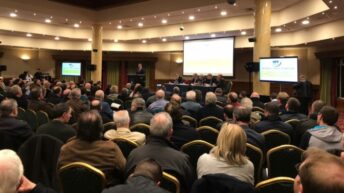 National Planning Framework: Fears rural Ireland will be ‘forgotten about’