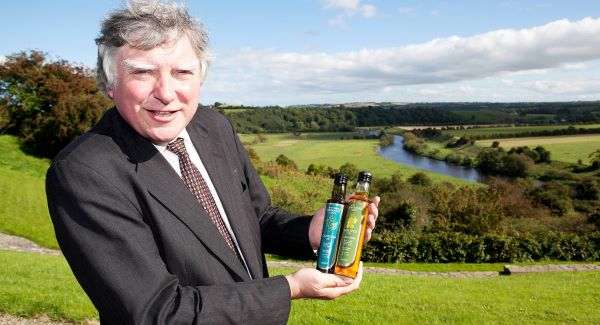 IN FOCUS: AgriLand talks to Jack Rogers of Newgrange Gold on the challenges of promoting a new innovative product.

Overlooking the rolling hills of the Boyne Valley, Newgrange Gold has been producing high-quality rapeseed oil since 2010.  John Rogers sought to build an integrated business that would harness the Rogers family farm produce and provide a sustainable business model. The Newgrange Gold rapeseed and camelina oils are grown, pressed and bottled on the farm and as a result are 100 per cent traceable.

As a nation we are well accustomed to olive oil one of the biggest challenges the company faced was educating consumers on the benefits of rapeseed oil and pitching it as an alternative cooking oil. Well known Irish chefs such as Nevin Maguire have already boosted the profile of the oil as home-grown and healthy option.

According to Rogers: “Rapeseed oil has half the saturated fat of olive oil, it is relatively high in Omega 3 and is a good source of omega 6 and 9. It also has a higher smoke point to olive oil”.

In addition the company has started producing camelina oil that has just been awarded three stars from the Great Taste Awards.  “Camelina oil is similar to Flax oil in that it has a good balance of omega 3 to 6 (roughly 3/1). However more is stable and is less likely to go rancid then flax seed, which gives it a much greater shelf life” said Rogers. With its numerous health benefits Jack sees Camelina oil as Ireland’s answer to Udo’s Choice Oil.”

Having experienced strong and steady growth in the Irish market Newgrange Gold is looking to expand into pastures new. “As a close trading partner we are eager to export to the UK market but at the moment Australia is showing a notable interest in our rapeseed oils,” detailed Rogers.

Closer to home farmers markets have become a key part of weekends for many Irish families and Newgrange Gold attend the monthly market in Drogheda and have also attended larger scale events such as Bloom and Taste of Dublin.  Rogers elaborates on these events:

“In 2013 we attended Bloom and we were lucky enough to win a stand at the Taste of Dublin. These types of shows are invaluable to create brand awareness and to educate the public on your products to the best you can. I believe that there can become a saturation point for large events like taste of Dublin and Bloom and having a few key ones a year can help focus a business on the type of customer they wish to reach.”

While initiative and hard work play a pivotal role in Newgrange Gold’s success the company feels that help from local community and government bodies is important if Irish agri-food businesses are to flourish.

“Bord Bia are excellent at helping guide small companies through the mine field that is starting up a food business. But ultimately it comes down to the county enterprise board to encourage and nurture small business like ours. They must be given the backing by the government to help small food businesses in Ireland,” said Rogers.

Although not immune to the harsh economic realities of farming in Ireland Rogers is practical about the company’s survival. “Newgrange Gold is effectively a child of the recession and the change in the economy in Ireland. Our view of the current economic situation is that all farmers and should be looking for alternative and inventive ways to create a demand and add value to their farm produce. This is a view shared by many an example is Kilbeg Dairy,” said Rogers.

Rogers highlights what the future holds for the company. “The next challenge for Newgrange Gold is to work hard on exports into the UK and further afield, we have been very successful in getting our range into four multiple retail shops in Ireland and now it is imperative to keep our range on shelf.  The education of the nation on Camelina oil is another area that will be a big challenge.”

For more information on Newgrange Gold, its stockists and the benefits of rapeseed and camelina oil check out www.newgrangegold.ie or follow on twitter (@NewgrangeGold)