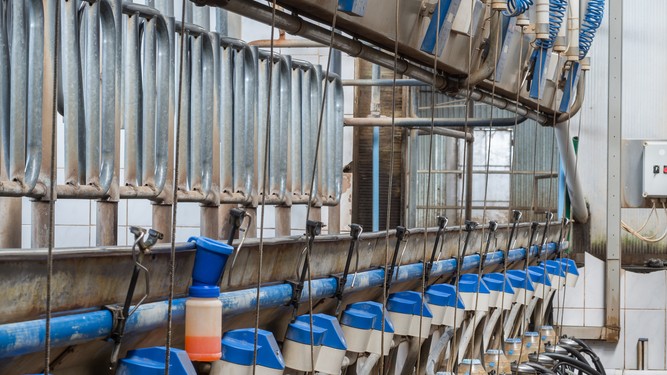 DairyNZ is ramping up its support to dairy farmers following the announcement today by Fonterra of an opening forecast Farmgate Milk Price of $5.25/kgMS for the 2015-16 season.

Chief Executive Tim Mackle says DairyNZ had already been working on boosting its Tactics for Tight Times campaign to help dairy farmers cope with what is likely to be a “very tough and grim season”.

“By our calculations, this forecast will translate into an average farmer’s milk income dropping by $150,000 for this next season.

“We’ve worked out that the breakeven milk price for the average farmer now going forward is $5.70 kgMS, yet under this forecast scenario they’ll only be receiving $4.75 all up in terms of farm income including retro payments from last season and dividends.”

He went on to say that most New Zealand dairy farmers are facing significant negative cashflows for much of the next 12 months leading to an increase in debt and overdraft expenses to get their businesses through another low milk price season.

“What we need to do is provide advice and wrap support around our farmers to help them cope with all the decisions they will have to make. We don’t know when milk prices will pick up so we planning for the worst but hoping for the best.”

He said this will be the lowest milk payment farmers will get until Christmas since 2006-07.

“This is going to be a challenging season for a lot of dairy farmers but it’s also an opportunity to strengthen the resilience of our industry if we can use it to become more efficient in how we farm.

“Ultimately this kind of challenge could make us more competitive if we use it to drive efficiency throughout our businesses.

However, he said that many of our dairy farmers have coped with low milk prices in the past, and so this isn’t new for a lot of people, or even that unexpected given where global milk prices have been heading.

“Farmers have been preparing for the worst case scenario – and this is pretty much it – so now it’s a matter of everyone pulling together to cope with it.”

He said that it will particularly need to support those farmers who have just bought farms or who are first year sharemilkers as they will have more debt to manage.