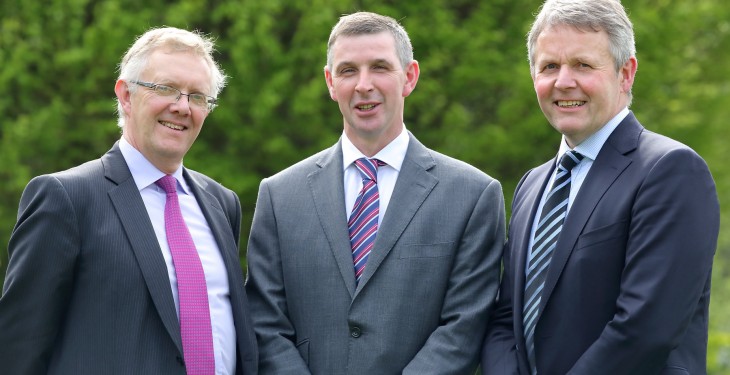 Markethill dairy farmer Ian Marshall was officially voted in as President, while Rathfriland sheep, cereals and cut flower producer Barclay Bell was re-elected for a second term as Deputy President and will be joined by newly elected County Armagh pig, sheep and cereals farmer Ivor Ferguson.

Ian Marshall thanked the UFU Council for their support and said he was honoured to be chosen to lead the organisation. He praised outgoing president Harry Sinclair for taking the helm during one of the most challenging periods in Northern Ireland’s agricultural history and said it had been a pleasure to work closely with him over the past three years. Ian Marshall went on to highlight his priorities for the Union during his term including securing an outcome in relation to CAP implementation that is fair for all farmers; growing the food industry in Northern Ireland and in particular ensuring there is real and sustained profitability in the primary sector; and challenging the unnecessary red tape and bureaucracy which often hinder farm businesses. Mr Marshall also committed to carrying on with the Unions work of improving safety on farms.

The UFU AGM was also addressed by John Hood, Director of Food and Tourism at Invest NI, who stepped in at the last minute in the absence of the  DARD Minister Michelle O’Neill, and James Withers, Chief Executive of Scotland Food and Drink. Both presentations highlighted the impressive opportunities, created by a growing global population, available to those agri-food industries prepared to capitalise on them and stressed the importance of the availability of local raw materials via profitable and sustainable primary producers as the basis for this growth.