The National Dairy Council (NDC) is appealing a decision from Revenue Commissioners not to repay over €815,000 in VAT repayment claims for 2019.

The NDC appealed this decision to the Tax Appeals Commission in February.

The NDC has taken “external professional advice” on the matter, and has stated that it will “more likely than not” be successful in the appeal.

A spokesperson for the NDC noted: “Since the abolition of milk quotas in 2015, the Irish dairy industry has expanded significantly. The co-ops and businesses have done a good job at handling the extra volume and turning it into a higher value offering.

“This has translated into an even bigger role for the NDC in managing the ever-changing and demanding Irish consumer. At the moment, we have 90% of Irish households consuming dairy at least weekly and 70% claiming they’re consuming dairy every single day,” the spokesperson added.

According to the NDC, some 80% of its income is invested in its own programmes.

In other dairy sector-related news, last year saw an overall increase in the amount of milk supplied from winter milkers and year-round dairy farms.

However, the number of registered producers with liquid milk contracts has dropped by 21% for the 2019/2020 milk year, according to the National Milk Agency.

The agency revealed the details in its annual report and accounts for 2019. 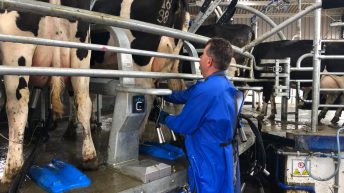