Calls for Minister to support Polish proposal on export refunds 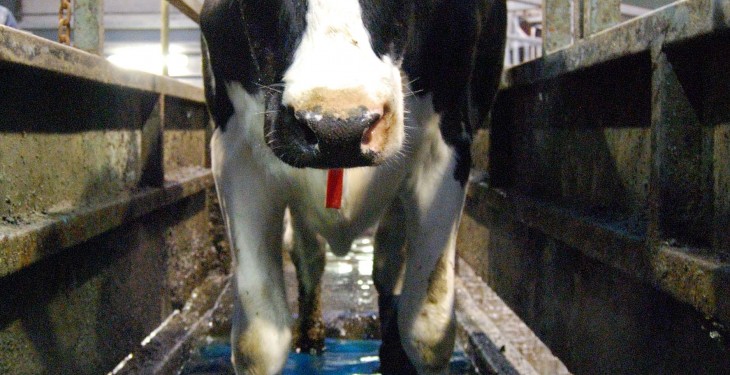 The Polish proposal seeks the reintroduction of export refunds to clear surplus product from the EU market, and looks for an elimination or reduction of the 2014/15 superlevy fine for over quota farmers in recognition of the pressure on milk prices linked to the Russian ban.

“The Minister must support his Polish colleague in pressing his Agriculture Council colleagues for decisive market support measures which will help turnaround international buyers’ sentiments, badly dented by a combination of market imbalance and the knock on effect of the Russian ban,” he said.

“While we have sought a meeting with incoming EU Agriculture Commissioner Phil Hogan to address this issue, the current Commissioner remains in charge until November 1, and he has said he would take action on the soft landing if there was a qualified majority of Council members in favour. Our Minister now has an opportunity to support his Polish colleague in seeking to create this majority,” he said.

“The Russian ban has come at a time when markets were already fragile because supplies had been growing at nearly double the rate of consumption growth for some months. While this will be hopefully short lived, farmers should not have to suffer the cost of geopolitical decisions made by the EU.”

He said the IFA has already stated that the necessary market support measures must be funded from non-CAP budgets in light of the geopolitical nature of this crisis, and that they must aim at turning around market sentiment as quickly as possible,” he said.

“IFA has been calling since the ban was announced for a suite of measures to do just this. The EU Commission must review the safety net intervention price levels to reflect rising costs; it must help exporters find alternative markets with simplified bureaucracy and targeted export refunds, and it must make full use of the €409m in EU wide superlevy fines collected for this year to support dairy markets.”