More than 1,200 amendments have been proposed by MEPs in response to the European Commission’s draft paper on ‘The Future of Food and Agriculture’ post-2020, AgriLand has learned.

The large number of amendments to the non-legislative draft proposal on CAP reform post-2020 come from members of the European Parliament’s Committee on Agriculture and Rural Development.

Although a similar number of amendments were proposed at the non-legislative communication stage during CAP reform 2014-2020; parliamentary sources admit that reaching such a high level at this early stage is “quite substantial“.

It is understood that the average number of amendments generally proposed in response to non-legislative reports ranges between 200 and 500.

Back in 2011, the parliament’s agricultural committee tabled more than 7,400 amendments to the legislative version of the CAP reform text.

It is understood that this was the biggest number of amendments ever tabled to a package of legislation in the history of the European Parliament.

As such, the current parliament is gearing up for another tedious race to the finish line; ahead of the publication of the commission’s legislative proposals on May 29.

The EU’s Multiannual Financial Framework (MMF), which is due to be outlined in early May, will also reveal the extent of change – if any – to the future CAP budget.

At close of business yesterday for amendments we had over 1,200 amendments. It’s a significant number. I presume some of them will be on the same issue.

“The job now is to filter through them, the rapporteur does that, and then in a couple of weeks he will come to us and we will be voting on it,” she said.

The amendments will be grouped under a range of different headings such as ‘young farmers’, ‘greening’ and ‘generational renewal’. Then – where there are large tranches of amendments on the same issue – MEPs will come up with a so-called “compromise amendment” and pull it into one paragraph.

Compromise amendments are amendments tabled by the rapporteur in a compromise format. This methodology makes it possible to apply a more sophisticated approach; and to analyse some of the underlying tendencies in European Parliament decision-making.

“Compromise amendments will then be drawn up; it’s quite a complicated process. I imagine that there is a number on the idea that a delivery model doesn’t amount to the re-nationalisation of the Common Agricultural Policy.

“And I imagine that, within member states, where there isn’t a flat rate payment per hectare, that there will be amendments to suggest that we move increasingly towards a regime of a flat rate system.

“Around capping, I expect a lot of amendments and around degressive payments. Focusing on smaller farmers will be key as well,” said McGuinness who has also tabled a number of amendments of her own.

“My whole objective is not to have an overload of amendments; but, to try and get the report through so that we can come forward with a parliamentary position before EU Commissioner for Agriculture Phil Hogan publishes his document in May,” she said.

McGuinness also emphasised the importance of getting the work completed before the next European parliamentary elections in May 2019.

Some say it can be done; others are not so sure. I think for farmers we have to insist that the current regime lasts until 2020 and we cannot have a cliff edge.

“We have to ensure that at least we continue with the current regime if we don’t have a new system in place. Even if we manage to vote through a new regime, we will have to have a transition period between the two,” she said. 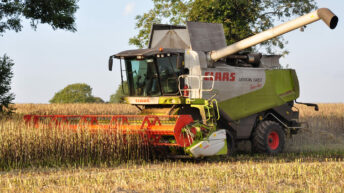