Dairy farmers can not afford to bury their heads in the sand when it comes to making business decisions, according to Noel McCall.

Noel McCall is currently milking 90 dairy cows in Kilpoole Lower, Co. Wicklow but his pathway to dairy farming was not straight forward and to this day he still does not own a single acre he farms.

Speaking at a recent Irish Farm Managers Association Forum in the Horse and Jockey, the Co. Wicklow dairy farmer highlighted his path to a dairy enterprise run entirely on rented ground.

McCall is from a non-farming background and his interest in dairy farming was first generated during secondary school, but it was during a trip to New Zealand that his passion for share milking was born.

I was awarded a Stephen Cullinane for an organised trip to New Zealand. This is where I first saw share milking and I thought it was a very good way to get into farming.

“After six months I was very confident that it would work. It was the only road I could see to own any livestock.”

Following a further two years of working on dairy farms in New Zealand, McCall returned to Ireland with the intention to put share milking into practice, but he added that it was difficult to find a suitable farm. 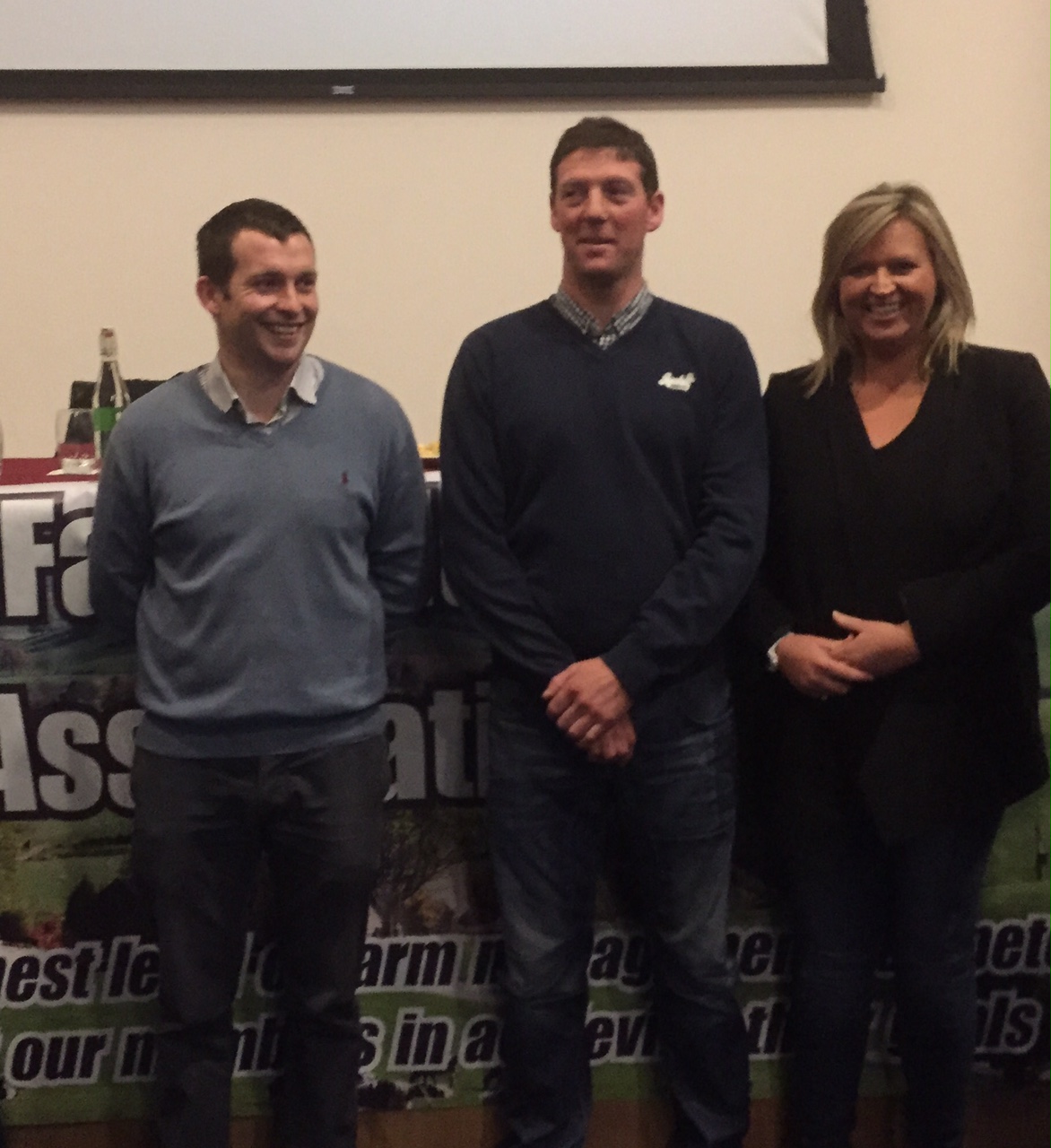 Paidi Kelly of Teagasc pictured with Noel and Louise McCall

Opportunity knocked in the form of a local farmer with no clear successor who was keen to let him into the farming business and a relationship was built up between both parties in the intervening years, he said.

“He was happy because he wasn’t tied to milking every day, he wanted to walk away from it and I wanted to get into it.

In 2005, we agreed that I would lease the whole farm, I went to the bank and bought quota through the restricting scheme.

Friesian male stock which were built up on the farm since 2002 and approximately €20,000 of savings were used to fund the initial 10-year lease, but the total borrowings stood at €30,000.

Presently, McCall said, the farm has a debt level of 3-4c/L and a cost of production of 23c/L when the costs of the 12-year lease are factored in.

McCall added that he has recently signed a further 12-year lease.

How did the dairy slump in 2009 affect the business?

According to McCall, the poor milk price of 2009 had a negative impact on his farming business as the farm was fully exposed to a low milk price.

In 2009 the milk price hit and I felt the full exposure of the milk price on the leased farm. I couldn’t afford to pay the superlevy bill and I had to make the decision to sell some cows as a cash release.

Since then the farm has become more focused on increasing efficiency and managing finance.

“After 2009, I really had to put a full focus on the whole farm business to produce an efficient cow that would produce milk.

“It also thought me to manage the finance, every farm in the county felt the pinch. This is when I focused on efficiency.

The outlook for the future is to keep moving on, to improve efficiency and to reduce the level of farm debt. I am looking forward to the future.