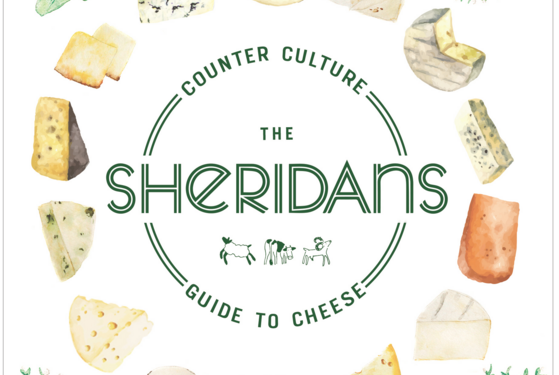 Counter Culture – The Sheridans Guide to Cheese is about more than cheese; it’s all about the cheesemakers and the landscapes around where that cheese comes from.

There has been little change to the business in the 20 years of its existence, with the greatest change being an increased focus on food produced in Ireland.

The book gives a history of how Seamus and Kevin Sheridan became cheesemongers as well as telling the reader about different cheeses, where they come from and how they’re made.

Speaking to Agriland, Seamus Sheridan said how one of his earliest memories is being taught how to milk a cow, even though he is a child that grew up in inner city Dublin.

Sheridan also has early memories of making butter; all of which happened in Carndonagh on the Inishowen Peninsula, Co. Donegal.

The Sheridan’s backyard in Dublin was the adjoining wall of one of the main slaughterhouses in Windsor Terrace in Portobello and the soil in the area, Sheridan said, is extremely rich.

“Everyone had big enough back gardens, every single back garden was an allotment. We grew potatoes, peas, radishes and carrots.

“We also had an allotment in Tallaght, I remember getting the bus out there during the petrol strike.

“Back then getting a steak was a massive treat; we were reared on stews, soups and bread,” he said.

There was a huge transformation in the mid-70s in how we ate. We went to the supermarket on a Friday, it wasn’t exotic but it changed relationships with butchers and fishmongers.

Sheridan said that they were asked to write the book; that after 20 years they had served their time and that it was a nice story.

“We met an agent, she pitched the book and before we knew it we had a deal,” he said.

Speaking about current dairy and beef markets, Sheridan said he is concerned about prices and the implications of lower prices.

“We need a robust balance in milk production that we can ensure long-term stability for milk prices.

“We have to get more confident in who we are in our food,” he said.

Sheridan told of his first trip to Paris, over 10 years ago, and how he noticed in a butcher shop seven different types of chicken, thinking ‘isn’t that great for the consumer’.

From a factory chicken, to a farmhouse chicken, to castrated cockerel; the choice was there.

“It’s great for the consumer and for the farmer; there are five or seven options open. Big is not always bad and small is not always good.

“We need a large spectrum of methods of producing. We should be proud of what we’re producing right down to oxtails and offal,” he said.